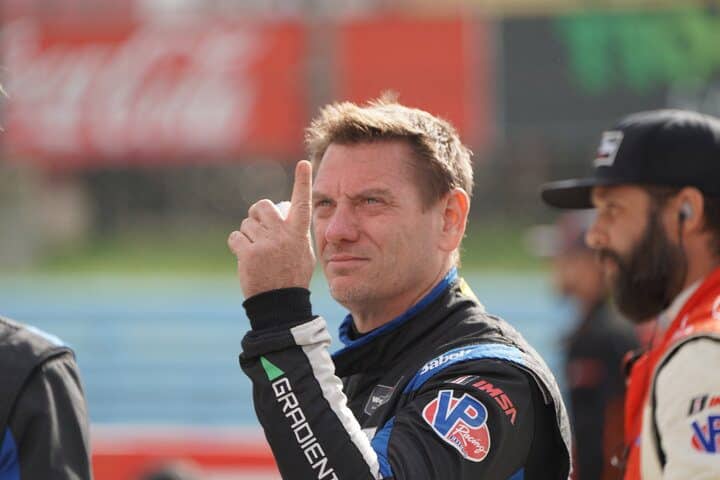 Gradient Racing announced Tuesday (Sept. 28) that regular driver Marc Miller ruptured his Achilles tendon during a training exercise after last weekend’s Acura Grand Prix of Long Beach.  As a result, he is out for next weekend’s Michelin GT Challenge at VIR.

“We have made continual improvements this season and I have worked hard to be physically and mentally strong in the car so this injury is beyond frustrating,” Miller said in a press release.  “I will continue to help the team prepare for VIR.  Till [Bechtolsheimer] and I will do our usual pre-event track analysis and simulator work ahead of next week’s race.”

Miller is done in the car for the rest of the year since Gradient Racing generally only competes in the WeatherTech Sprint Cup races.  He plans to spend the next couple of months rehabbing his injury.  The plan is to be ready to go for the start of the 2022 season in January.

In Miller’s place, Gradient Racing has brought in defending GT Daytona champion Mario Farnbacher to drive the No. 66 Acura NSX GT3 at VIR alongside Bechtolsheimer.  In addition to being the champ from last year, Farnbacher has another natural advantage.  Gradient Racing is racing the exact same chassis that Farnbacher won the title with last year at Meyer Shank Racing with Curb-Agajanian.  That intimate knowledge should benefit the team at VIR.

“First of all I am glad and thankful that Andris [Laivins, team manager] thought about me and I hope that Marc gets well quickly,” Farnbacher stated.  “I hope we can put on a really good performance at VIR and close out the Sprint cup season with a great result.”

Miller has driven for Gradient Racing off and on since 2012, first in what is now IMSA Michelin Pilot Challenge and now in the WeatherTech SportsCar Championship.  The team, formerly known as CJ Wilson Racing, started out in the Street Tuner class, racing Mazdaspeed3’s and the Mazda MX-5, a car that was underpowered compared to the rest of the class, but had superior braking and handling.

The team eventually moved up to Grand Sport with the original version of the Porsche Cayman Clubsport, a car dubbed “Darth Cayman.”  In “Darth Cayman,” Miller and Daniel Burkett finished second in GS points.  Miller has been racing in GT3 equipment with the team since 2018, splitting time between the IMSA WeatherTech SportsCar Championship and what is now Fanatec GT World Challenge America Powered by AWS.