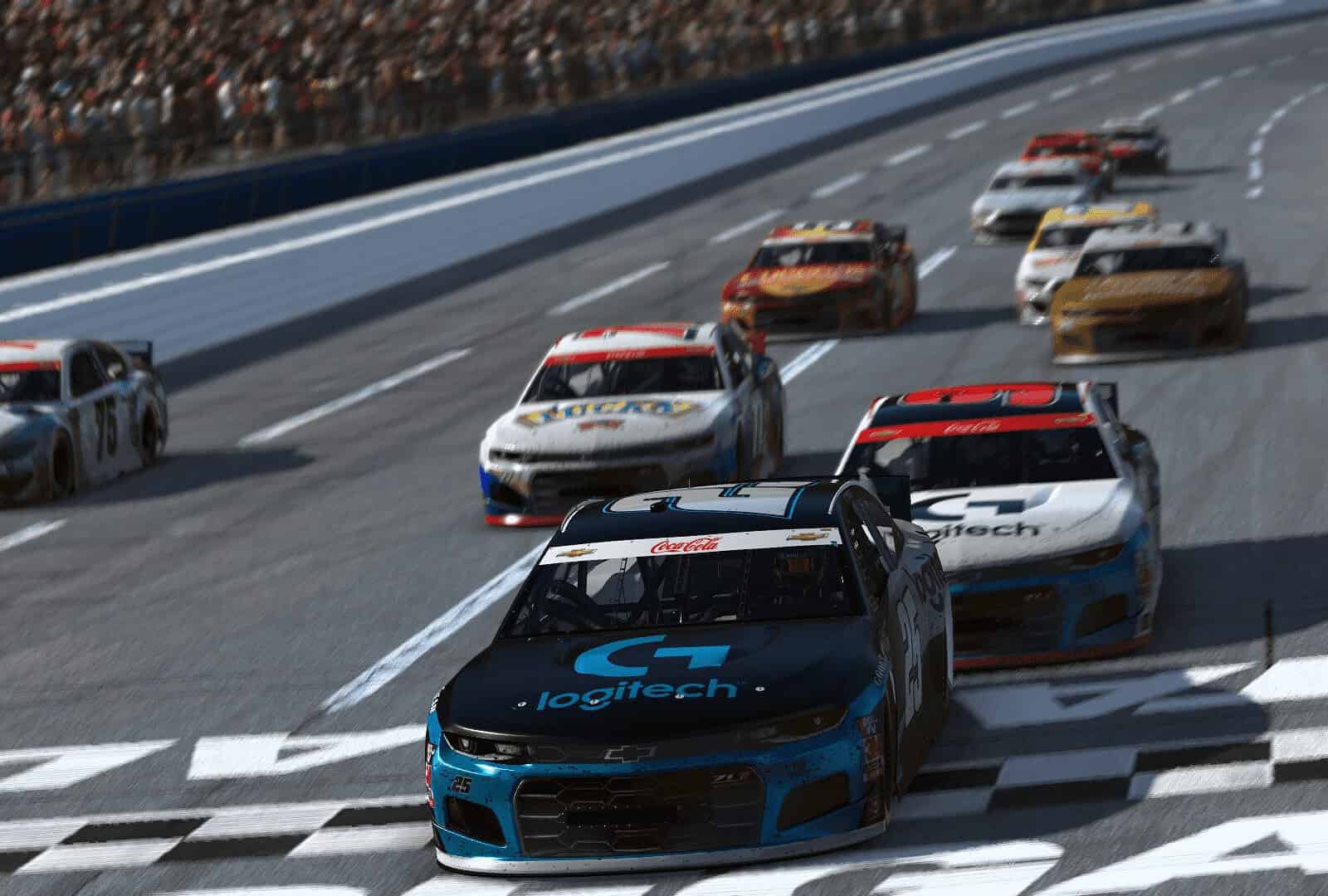 “I’m so ecstatic to get our team in victory lane. We’ve had so many opportunities to do so,” Ottinger said following his big win. “We’re a championship team, even this year, it’s just hard to win these races.”

Ottinger noted he still believes in his team despite missing the playoffs this year after not being able to score a win during the regular season.

Talladega has always been home to crazy three- and four-wide racing throughout the entire field, and it has always given any one of the drivers in the field a chance at victory. The pace changed Tuesday night, with the race being tame for the most part.

The points battle was something everyone kept their eye on all night long. With strategies varying, the last two spots rotated most of the race.

Playoff driver Vicente Salas started from the pole in hopes of securing a berth in the Championship 4. Unfortunately, his race did not go as planned after running inside the top five in the opening stint of the race. He did not qualify to race for the title at Texas.

The new package iRacing has implemented since the last Coke Series event at a superspeedway changed the way racing was Tuesday. After a lap 1 wreck, it was mostly single file racing near the front of the field for the majority of the event. The physics have been updated to mimic real-life Cup cars, which makes it very difficult to get a top lane going if someone doesn’t have lots of help.

Track position is more important than ever before with the new package on superspeedways. Staying up front is a strategy many have adopted compared to years past, just because of the difficulty of organizing a line to move to the front. In the past, there was no issue having a line of three to four cars moving to the front, but now, it is much more challenging to get anything started like that.

Leading the early part of the race was Jake Nichols, who has had a solid season for Mode Motorsports. Salas would remain behind him in second the entirety of the first run of the race, which would set the two drivers up for the first round of pit stops.

Strategy shuffled the field halfway through the race, which allowed several playoff drivers, who needed a win to get into the championship race to be in contention.

Even with the field single file most of the event, many of the playoff drivers were in contention in the lead pack, with a chance at the win. Drivers like Clampitt, Michael Conti, Bob Bryant and Matt Bussa found themselves in the lead pack at the end. With the exception of Clampitt, the rest needed a win to lock themselves into Texas. Unfortunately, that did not happen as Clampitt captured the final spot in the Championship Four.

In the end, Talladega proved to be extremely calm compared to other races in the past, with Ottinger prevailing for the win.

As mentioned, Zalenski, Leahy, DeJong and Clampitt will all compete for the 2021 championship with the race in two weeks (Oct. 12) at Texas. Coverage will begin at 9 p.m. ET for the final race of the season on eNASCAR.com or Twitch.tv/iRacing.