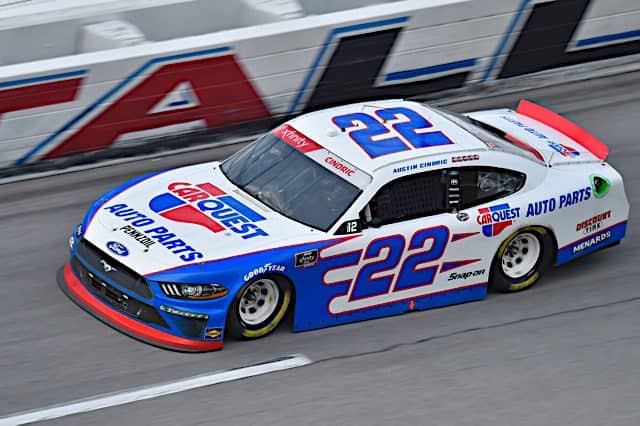 The 2020 Xfinity champion has secured a spot in the Round of 8, though solely on points.

The remaining playoff drivers, Jeremy Clements, Myatt Snider and AJ Allmendinger, line up 11th, 13th and 14th, respectively. All drivers vying for the championship start in front but JRM’s No. 1 team and JGR’s No. 54 (driven by Ty Gibbs this week) are competing for the owner’s title. Gibbs will start 12th.

The drivers’ performances from Talladega Superspeedway helped to set the starting lineup for the Charlotte ROVAL. 50% came from where the driver and car owner finished (25% each), 15% is for where the driver’s fastest lap was ranked and 35% is toward the team owner’s rank in points.