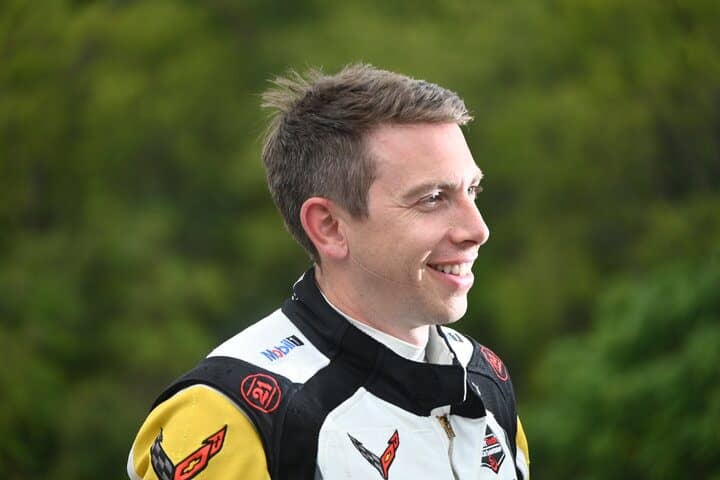 “It’s good to get these little victories like qualifying,” Milner said in the post-qualifying press conference. “It doesn’t mean everything, but it means something. Happy with our Corvette.  The balance has been good all weekend so far. Happy that I could put everything all together [to score the pole].”

WeatherTech Racing dominated the practice sessions earlier Friday with Kevin Estre at the wheel, but Cooper MacNeil qualified the No. 79 Porsche. As a result, the session ended up being a duel between the Corvette Racing teammates Milner and Jordan Taylor.

Taylor was up front for the majority of the session, but Milner was able to overcome him. Taylor was up front with a lap at 117.408 mph with a couple of minutes to go when Milner put down his pole winning lap. It was a mere three-thousandths of a second faster than Taylor. MacNeil was third, but was able to all but equal Estre’s pace from the opening practice session.

In the GT Daytona position session, Vasser Sullivan’s Frankie Montecalvo and Wright Motorsports’ Trent Hindman traded the top spot early on during the session. However, Turner Motorsport’s Robby Foley rose to the top of the chart with six minutes remaining. He then improved by setting a lap at 113.401 mph that held up to claim the class pole.

Foley’s lap was nearly a quarter of a second faster than Paul Miller Racing’s Madison Snow. Hindman will start third in class, followed by The Heart of Racing’s Roman DeAngelis and CarBahn Motorsports with Peregrine Racing’s Richard Heistand.

PFAFF Motorsports’ Zacharie Robichon qualified his Porsche 911 GT3 R seventh in class. According to IMSA Radio’s Shea Adam, the team asked for special dispensation from IMSA to clean the grille following the position session. This was allowed.

However, the team did a little more than that. That extra work is a violation of IMSA’s anti-touching rules during qualifying sessions. As a result, Robichon lost all of his times for the session and the team did not turn in a lap during the points session. Robichon will have to start Saturday’s race at the rear of the field.

In the points session, a number of teams were not able to run the full 15 minutes due to not putting enough fuel in their cars to run both 15 minute sessions in full. As a result, the track was a little emptier than expected in the second half of the session.

It ended up being a very good time for The Heart of Racing Team. The Aston Martin squad went one-two in the session with Ross Gunn setting a new GT Daytona track record lap at 113.898 mph. Gunn’s lap was one-seventh of a second faster than teammate Alex Riberas. Vasser Sullivan’s Jack Hawksworth earned 30 points for qualifying third, followed by Paul Miller Racing’s Bryan Sellers.  Wright Motorsports’ Patrick Long was fifth in his Porsche.

The Michelin GT Challenge at VIR is scheduled to go green at 12:10 p.m. ET Saturday. Coverage will begin at Noon ET on NBC (check your local listings to see if your affiliate will be carrying the race). It will also be streamed on NBC Sports’ TrackPass service.