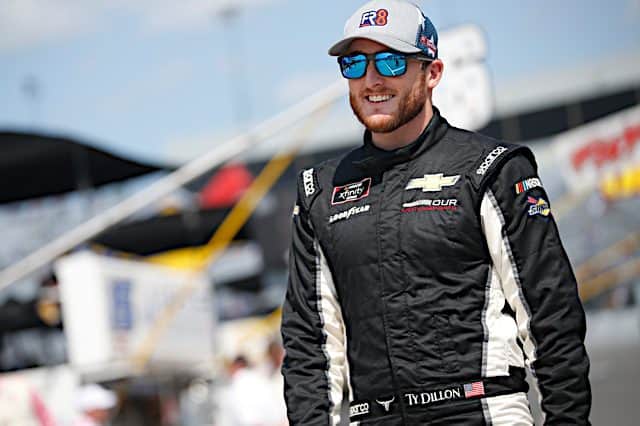 Ty Dillon returns to full-time competition next season in the NASCAR Cup Series, piloting the No. 94 Chevrolet for GMS Racing, the team announced Oct. 10.

The program will be in alliance with Richard Childress Racing with engine support from ECR Engines.

Dillon ran full time in Cup from 2017-2020 for the now-defunct Germain Racing. He added four starts this year for Gaunt Brothers Racing. He has two top fives and six top 10s in his Cup Series career.

“It’s such an honor to be able to drive for GMS Racing as they take the step into the NASCAR Cup Series for the first time, and that they have chosen me as their driver for the future,” Dillon said in a team release. “It’s been a challenging year off from racing full-time but I’m so excited to return. I don’t think that there is going to be another driver that is more hungry than I am next year to get back out there and prove what I am capable of in the Cup Series. I am excited for our future and am ready to get to work.”

Additionally, the 29-year-old competed in 11 Xfinity Series events so far this season- four for Joe Gibbs Racing, six for Our Motorsports and one for Jordan Anderson Racing. He’s earned one top five and three top 10s in NXS in 2021.

He also has an Xfinity victory in 2014 at Indianapolis Motor Speedway for RCR.

In the Camping World Truck Series, Dillon earned three wins for RCR in 2012-13.

“GMS is always looking forward and I believe this is the next step for the team in that process,” Team Owner Maury Gallagher said. “We have the goal to be a championship caliber team in any series in which we compete, and I am excited to watch the team grow in the coming years.”

Dillon will test Next Gen car for the team at the Charlotte Motor Speedway ROVAL on Monday and Tuesday.

Sponsorship and crew chief will be released at a later date.

Please welcome our new full-time driver of the No. 94 Chevrolet in the NASCAR Cup Series, @tydillon!#WeAreGMS | #NASCAR pic.twitter.com/5w0QBlcAyq