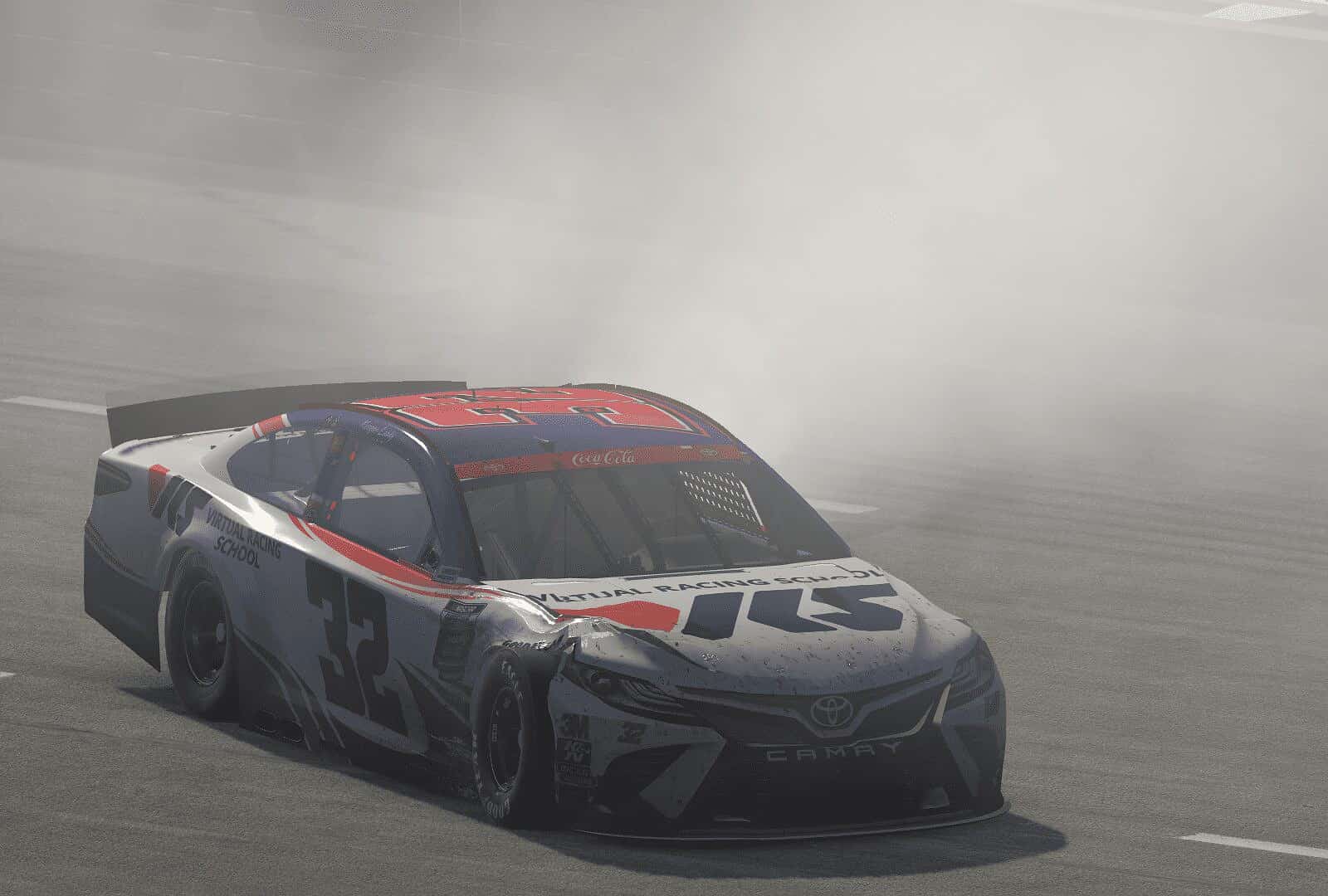 Keegan Leahy, Bobby Zalenski, Logan Clampitt and Mitchell DeJong were the four drivers competing for the championship. None of the drivers had previously won a title in the series, so the stage was set for a first-time champion no matter what.

In the end, and after a caution-free final race, Leahy won the race and was crowned the champion after a phenomenal season and final race.

“I have no idea,” Leahy said afterward. “It’ll take me a month to process this championship.

“Thank you to everyone at [team] 23XI Racing, everyone who helps me, I don’t even know where to start. Thank you [to] everybody.”

One aspect overlooked in a championship race like this is the race to get into the top 20 in the points. Why is this important? The top 20 are locked into next season, regardless of what happens in the eNASCAR Contender Round. The bottom 20 in the series will be forced to run in that Contender series to make it back into the series for 2022.

Taking home the final spot in the top 20 was Garrett Manes, who had moments of brilliance this season. Manes edged out Jake Nichols by just four points. Even though 20th might not seem to be a good year in any series, when it comes to eNASCAR, it’s something to be extremely proud of. The competitiveness in this series is second to none and the highest it has ever been before.

Leahy had a stout car all night en route to his first career title. This wasn’t the first time he’s been involved in a tight championship battle, as he was in 2019 and lost to eventual champion, Zack Novak. Winning a race in the series is something to brag about in itself, but to come as close as Leahy has multiple times, and to now finally win it all, it shows what talent and consistency he has had through the years.

Clampitt started in the back of the pack after a poor qualifying effort, but quickly began to move his way through the field. Many believed he was the underdog coming into the championship race, but he seemed to know he was going to be a contender. While he didn’t come home with the title, he had a very good season for William Byron eSports with a win and a runner-up finish in points.

“I wasn’t even expecting to get second that race after qualifying 31st — it was a fast car and it was a great season to be runner-up again,” Clampitt said after the race.

DeJong started out front and led the opening portion of the event. As seen this year on intermediate tracks, he proved to be an easy top three-to-five car. It came down to his teammate, Leahy, Clampitt and himself for the championship, and while he did not win the big prize, this was the most impressive rookie season the series may have seen to date. To finish third in points, especially with his inexperience with NASCAR and stock cars on the sim the last two years, made for an extremely successful season.

Zalenski made the championship race for the fourth year in his eNASCAR career. After heartbreak in 2020, he was looking for redemption this season. Though he did not get full redemption, he ran a very solid race, staying inside the top 10 all day long. While a championship was the goal, he certainly can’t hang his head over the season he had. Most of this season looked strange for Zalenski after he didn’t score a win on a road course as expected. Winning at Pocono was huge, and it catapulted a run towards the Championship 4. Two wins and several great runs means he has a lot to build on for next year.

The best of the rest this year was Steven Wilson, who ended the season on a high note with a solid fifth-place finish. Wilson didn’t make the playoffs despite a strong season in the No. 17 Roush Fenway virtual machine. Look for him to come out and compete for wins once again next year, but this time possibly capturing a win.

Following Clampitt was Michael Conti in third, DeJong in fourth and Wilson in fifth. The top four in points were Leahy, Clampitt, DeJong and Zalenski, in that order.