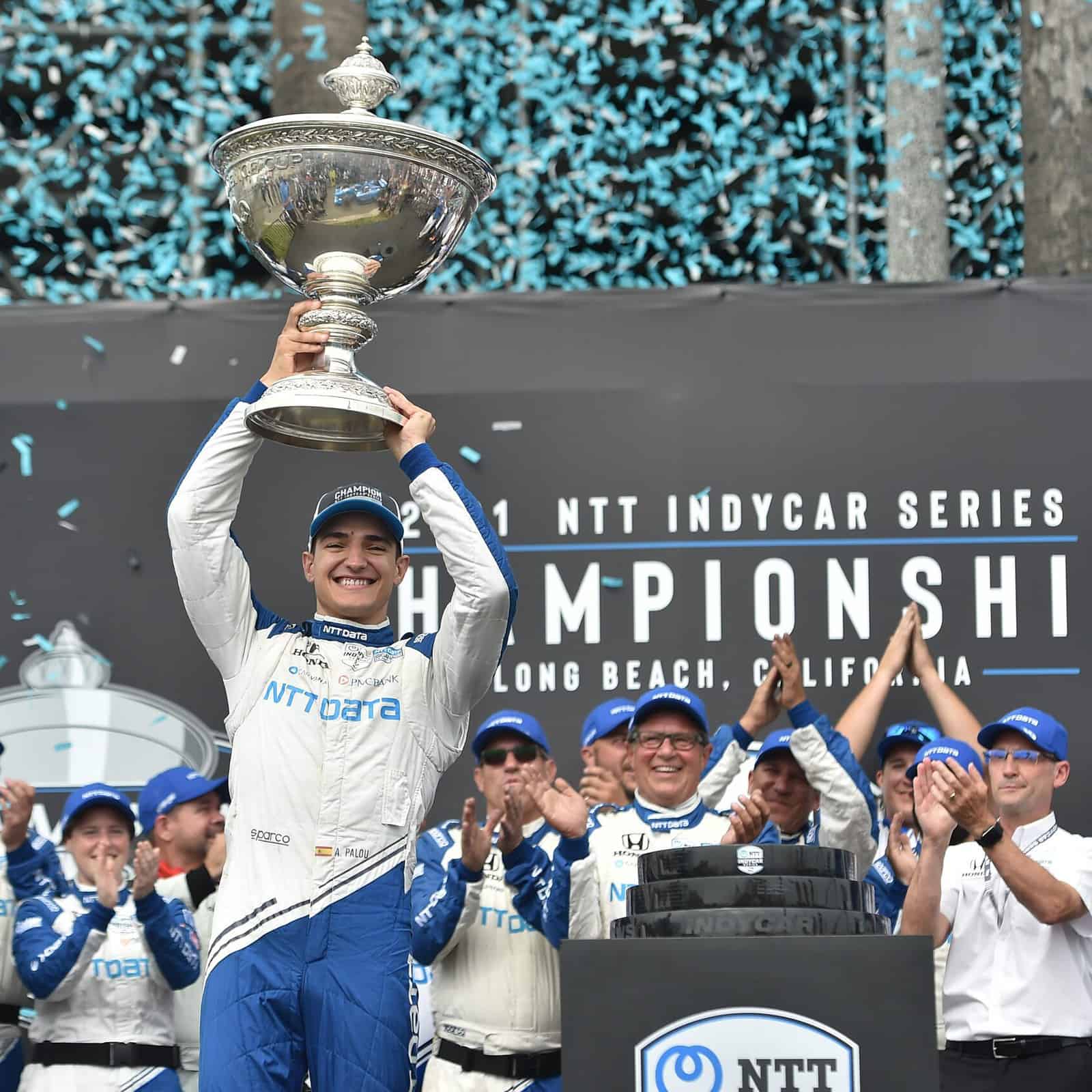 While it’s possible the Guanyu Zhou blew his chance at F1 for reasons unknown, Michael Andretti did not.

This means that a new name is being tossed around for the final seat in 2022 F1: Colton Herta. The American phenom would become the first American driver since Florida-born Brazilian Pietro Fittipaldi to compete during an F1 weekend, while being the first to carry the American flag since Scott Speed did almost a decade ago.

Herta joining F1 would go against the norm as usually, a driver moves from F1 to IndyCar. Romain Grosjean, Marcus Ericsson, Kevin Magnussen, Max Chilton and a whole other cast of characters went from F1 to the Land of the Free in recent years. The IndyCar to F1 is not unprecedented, with the most notable one being 1995 IndyCar champ Jacques Villeneuve driving for Williams in 1996. We all know how that turned out (not well). The most recent example was actually Sebastian Bourdais in 2008 going from ChampCar to Toro Rosso – and then back to IndyCar.

Herta’s possible promotion got me thinking: who else from IndyCar could be successful in F1?

Here are three possible drivers that might be able to make the jump in the future and might be a surprise addition to the grid.

Let’s start with the obvious choice of Josef Newgarden. The current Team Penske driver has two Astor Cups to his name and 20 race victories. While the Indy 500 win has eluded Newgarden thus far, a lot of US fans have been longing to see the 30-year-old at least test an F1 car.

Newgarden formerly competed in GP3 back in 2010, but only managed to score a best finish of fifth at Monza. Moving back to America in 2011, Newgarden won the Indy Lights title while earning five wins. Since then his career has only trended up, scoring his first two wins in 2015, then seeing immense success in 2017 when he joined The Captain’s team.

In the last three seasons, Newgarden has finished no worse than second in the standings. While his age makes him unlikely for a permanent F1 seat, I would love to see an American team like HAAS or maybe even ALFA-Romeo give him a shot to drive an F1 car.

A newcomer to the IndyCar scene, Alex Palou had a mediocre rookie season.  I was hesitant to believe he would flourish when he was signed to Chip Ganassi Racing. However, the young Spaniard impressed, with three wins, a second in the Indy 500 and a championship in 2021, just his second year in the series. It seems Palau nearly won everything vital in his first season in the No. 10.

Palou has one win in Gp3 back in 2015 and raced in a handful of F2 races with Campos in 2017. He also competed in Super GT and Super Formula, so he isn’t a slouch.

His past experience and younger age make him an ideal candidate for someone looking for an experienced driver who can deliver in almost every car he drives. Maybe a new team entering F1 would look to bring over Palou to hit the ground running and deliver some decent results. A strong follow-up season in the Ganassi N0. 10 might put Palou on many other teams’ current driver watch lists.

The young Mexican has an actual chance of being promoted to F1 one day, given that his current IndyCar team boss is Zak Brown, McLaren’s primary owner. Brown made him a deal that if he won a race in 2021, he could test a McLaren F1 car. O’Ward won more than once this season and will be testing the car at Yas Marina later this year. Brown said a possible drive isn’t out of the question, however, he would need to win the Astor Cup before being considered.

In 2021, O’Ward won at Detroit and Texas. He won the Indy Lights title in 2018 and was a runner-up in the Pro Mazda series in 2016, he also raced two races for MP Motorsport at Austria in F2 in place of the banned Mahaveer Raghunathan back in 2019. After only getting to drive one weekend, O’Ward went to America and IndyCar for 2020. He also has a Weathertech SportsCar Championship to his name, where he and co-driver James French and Kyle Masson won the 2017 Prototype Challenge class.

O’Ward is a driver I could actually see becoming super successful in F1, perhaps as a replacement should Daniel Ricciardo retire to lost his seat. McLaren is the preferred destination but the Mercedes ties could see him in a Williams or even F2 while he waits for the seat.

The prospect of IndyCar becoming a breeding ground for F1 talent is something that I would love to see, however, a lot of F1 teams think of IndyCar the same way most European Soccer Leagues see the North-American MLS, a crappy retirement league where every now and then a young phenom shows up.

These three drivers are a handful of guys who could possibly one day make the jump and they all would surely do a great job with whatever teams they drive for. But for now, if Colton Herta does end up at Sauber, most of the US would finally have a good reason to wake up early and turn on that F1 race.