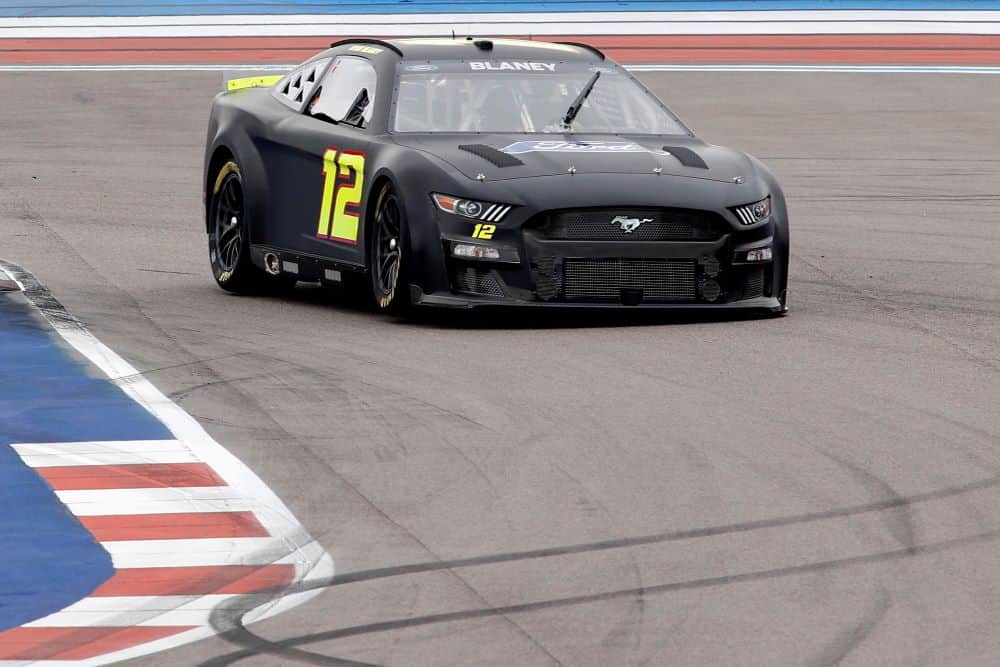 Many have voiced complaints about the 550-hp package on intermediate tracks, yet NASCAR is using it again for the Next Gen car. How concerning is it that the results may be the same? – Clarence P., Charlotte, N.C.

This is a topic that many are going to voice their opinion about in the coming weeks and months. Like many things in NASCAR, there are differing viewpoints on the issue, but the simple answer right now is that it is hard to tell how much concern there should be.

Looking at the product of the 550-hp, high downforce package, it has not reaped the results as consistently as NASCAR would probably like. The move was made in an attempt to create more passing and tighten up the field, but over the past three seasons, there have been a mixed bag of results. It’s almost gotten to the point of pulling a different colored marble out of a bag while closing your eyes: you don’t know what you’re going to get.

On the opposite side, you can go back and look at Chicagoland Speedway from 2019 and make the argument that the intended effect was brought out. One race, you get the same, spread out racing we saw at intermediate tracks from 2015-18. The next, you get a field that is jumbled up together but lacks the ability to pass.

As far as the Next Gen goes, it’s too early to tell how the car will affect the package or how the package will affect the car. Many components like the radiator pan, NACA ducts and the roof/deck lid will factor in as well. As Logano told NASCAR in an interview at the Charlotte Motor Speedway ROVAL Next Gen test this week, “It’s definitely going to change everything.”

"It's definitely going to change everything." @joeylogano joined our broadcast Tuesday morning to talk about the significance of the #NextGen car. pic.twitter.com/njrqWKYjRK

At this point in time, there’s no reason to panic. The cars are going to be much different and the competition is going to be closer. We will just have to wait and see what happens at the first couple of intermediate races.

Kevin Harvick’s answer about his feud between him and Chase Elliott being even didn’t give much confidence that it is. Are Harvick and Elliott even, and when should NASCAR step in? – Leyton P., Charlottesville, Va.

It would be easy to say they are even, but as you said, there isn’t much clarity that it is. Harvick just gave a smile when NBC Sports’s Parker Kligerman asked him if he and Elliott were even.

Does that indicate one way or the other? Who knows, and the only way we may find out could come at a place like Martinsville Speedway. Both drivers had a valid reason to be upset following their clash at Bristol Motor Speedway. But a driver’s definition of even is likely separate from a fan’s version sometimes.

There is no doubt that drivers get cut some slack, and Elliott has not been immune to that. Just see what happened with his bumper cover coming off in stage 2 as NASCAR decided not to black flag him. Instead, he benefitted from the caution that ensued.

At the same time, if anyone is not even, it’s Elliott. While he was aggressive, Elliott was cost a shot at the win by Harvick at Bristol. Then, he nearly saw his title hopes dissipate after Harvick’s shove this past weekend at the Charlotte ROVAL. Now that Elliott has advanced, the best thing for him to do is move on, which it appeared he already had. If he hadn’t advanced, it wouldn’t have been shocking to see him take revenge into his own hands.

The time is now for NASCAR to step in. The image of Matt Kenseth wrecking Logano at Martinsville has not faded much, if at all.

There’s a fine line between “boys, have at it” and major implications between an eliminated driver and a playoff contender. NASCAR appears to be on their toes, too, with NASCAR Executive Vice President of Competition Scott Miller telling Sirius XM NASCAR Radio’s The Morning Drive that, “We don’t need that continuing on, and we will do what we think is necessary to kind of get that one calmed down.”

Could that implicate penalties as far as suspension if the scuffle continues? Quite possibly, but it is a step NASCAR must take if this drags on.

If one of them punts the other on the last lap at Martinsville for the win is it an extension of the “feud” or “rattling his cage?”