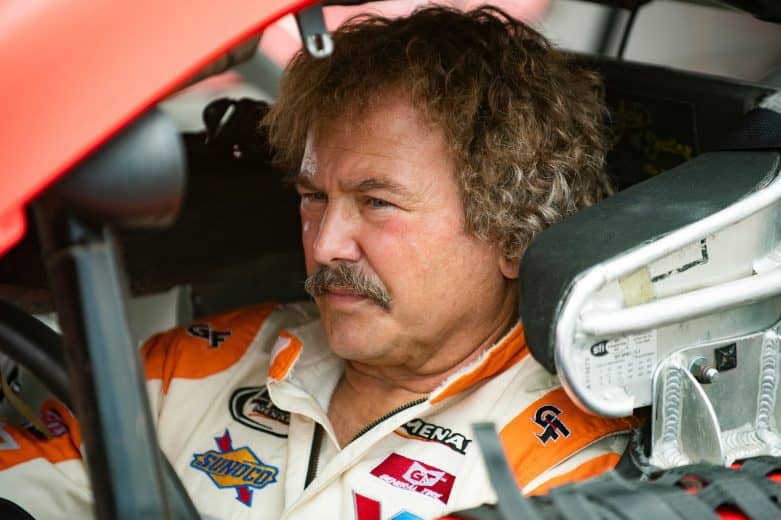 Ty Gibbs and Corey Heim have combined to win 16 of the 19 races this ARCA Menards Series season but there are storylines besides them in the ARCA garage. Brad Smith will finish a career-best fifth in the point standings and Andy Hillenburg has fielded four full-time entries, with three of those in the top 10 in the owners’ point standings. It’s a testament to their perseverance.

For Smith and ARCA newcomer Tony Cosentino, they are admittedly not competing for wins. Instead, their goals are to run all the laps despite driving without major sponsorship.

Smith is currently 16 starts shy of 400 and ARCA has changed significantly over the course of his career.

“When we first got into ARCA, it was a good racing series for guys who worked full-time for a living,” Smith told Frontstretch. “Twenty races a year is about the most you could do while working. ARCA was doable, affordable back then as you could run used Cup stuff and be competitive while getting it at a fair price. It was just a good fit for my situation.”

When he debuted in 1988, Smith described ARCA as a “blue-collar racing series.”

Now owned by NASCAR, ARCA has evolved into a developmental platform. All ARCA race winners this year are teenagers. While he is not contending for wins, Smith understands as the series became more expensive, teams wanted more out of competing in ARCA, which led to their driver development.

Instead of running regularly on the lead lap, his goals differ. He wants to keep racing.

“We’d like to get a top 10 every race we go to,” Smith said with a chuckle. “Realistically, with the short fields, there aren’t many accidents and not many cars drop out, so we finish laps down running the whole race. To get a top 10, we’ve got to outlast them.

“We have old, outdated equipment both engines and chassis,” he continued. “We’re lucky to have a spare set of tires; sometimes we don’t unfortunately. We are struggling. The equipment is all paid for, albeit it is old. We are nickel-and-diming it. We’re keeping the team going hoping to find a sponsor before we go broke.”

Without sponsorship, Smith operates his No. 48 based on the race purses, the end-of-year owners’ payout, the ABC program a la start money and any extra income Smith has.

It is not pretty, but Smith has fun racing in ARCA.

“The camaraderie at the track with the guys,” he explained. “My group of guys at all the tracks are all close personal friends. I enjoy doing that, racing, though it’s frustrating getting whipped in the races.”

Smith is second in career ARCA starts, only behind 10-time champion Frank Kimmel.

“We will run out of money before we catch Kimmel for most starts,” Smith said. “We have about two or three years left in us and that will be about it.”

Meanwhile, Hillenburg operates four full-time entries and his organization has combined for one top five and 17 top 10s, producing a performance level he’s proud of.

“When ARCA went to the new cars and engines, we were very behind the eight-ball because at that time we did not have a full-time sponsor or driver,” Hillenburg told Fronstretch. “Building my team up over the past few years finally has us at a point where we’re competitive.”

Veteran Ken Schrader gave Hillenburg’s team its best finish this season when he finished third at DuQuoin State Fairgrounds. Hillenburg fields a different driver lineup for each race but does not recruit drivers. Instead, they come to drive for him because of his reputation.

Still, without either a full-time sponsor or driver, Hillenburg piecemeals his team through the season financially via several different avenues including the aforementioned sponsorship and the purse money that goes along with racing each week. But his organization also makes money through other opportunities.

“We have a business where we strip the paint off race chassis, and we have well over 50% of race teams in NASCAR and ARCA as our customers,” Hillenburg explained. “That really helps. We also help race teams film commercials. We recently provided cars for a Cup team for a commercial because they couldn’t take their own cars to the commercial location.”

Because Hillenburg manages his team on a smaller budget, it is people like Cosentino who really aid the team. In addition to making nine starts with one top 10, a 10th-place effort at Winchester Speedway, Cosentino has helped the team in other ways at the track, including serving as crew chief for Richard Garvie at Bristol Motor Speedway and spotting for Schrader at Salem Speedway.

“Tony has brought a lot of hard work and hustle,” Hillenburg said. “When you are a small team, that is important. His enthusiasm is contagious.”

Cosentino served as a pit crew member for several teams for seven years. He left that occupation to pursue his dream of racing professionally, though.

“Pitting in the Cup Series you are gone 40 weekends a year and I could not do it,” Cosentino told Frontstretch about his occupation change. “We sat down, figured out what we needed to make, what jobs could I do to make the amount of money we needed, and find the time to go race. That is why we started a business so I can write myself off work.

“ARCA is definitely a great stepping stone and it’s attainable currently,” he said. “It is great practice for moving up. Going to the different tracks, you need to see them to get a good feel.”

“[Hillenburg] gave me the opportunity to go out and see all these different tracks,” Cosentino said. “Other than Andy being amazing, just financially the cost to go race for a bigger team is somewhere we cannot be right now without sponsorship and backing. Andy has some good stuff too, so you just need to pay for the tires and everything you need to make it as good as possible.”

In his first year of driving in ARCA, Cosentino has simple goals.

“Trying to make all the laps and keeping the car clean,” he said. “We’re out there to learn as much as possible and do it as well as we can without beating ourselves doing something not smart.”

Eight of Cosentino’s races have ended with DNFs, typically start and park efforts.

“It’s definitely not the dream scenario but I am getting laps and I am getting more comfortable in the cars. Andy lets me know when to park it,” he continued. “Sometimes he will bring you in if the leaders are swarming all over the place, sometimes it will be in a car with a more expensive engine to rebuild, other variables.

“Maybe we need to get points, so we’ll wait until someone else parks or wrecks.”

Hillenburg contents the start and park notion, saying circumstances dictate how long one of his drivers stays on track.

“When we race only 30 or 40 laps, a lot of times it is to help a driver reach a certain goal,” Hillenburg said. “Whether it is to upgrade one’s certification for a type of track, gain some laps at that racetrack, or that’s all the driver can afford at that moment.”

At this point, Cosentino’s plans for next year are unknown. Hillenburg wants him to return to his team, though neither knows for how many races. Ideally, Cosentino wants to run full-time in ARCA.

Great article. Thanks for covering the guys looking to stay in ARCA despite not having much sponsorship.

These are team that can get the most PR coverage for a small sponsor.
Fans pull for and cheer for these drivers to do their best against the higher funded teams. Everyone pulls for an underdog doing his best with pure willpower. We have been racing with them (not against them) on limited budgets in ARCA for 40 years