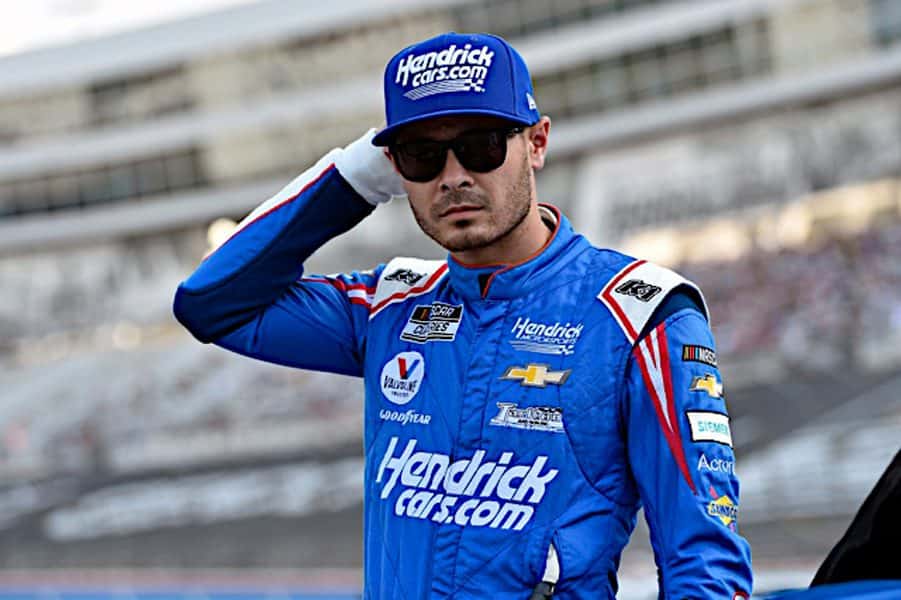 Just past the halfway point of the 2021 NASCAR Cup Series playoffs, the focus of the postseason is finally shifting.

The first two rounds are all about who falls out. Now comes the time to focus on those who managed to advance.

It’s a mixture of drivers you would expect and a few who might come as a surprise, at least based on the results of this season.

In typical fashion, the Round of 12 served as a wildcard for the playoff contenders. A mixture of crashes and rain at Talladega Superspeedway posed a risk to the entire field, while the chaos of the Charlotte Motor Speedway ROVAL presented numerous contenders with challenges to overcome.

Denny Hamlin won early, so he was safe heading into the high-risk races. Everyone else, though? They had to sweat out the final two weeks.

See also
Did You Notice?: 4 NASCAR Winless Drivers With 4 Races Left in 2021

Those contenders all suffered setbacks — and they were the ones that advanced. Hendrick Motorsports teammates William Byron and Alex Bowman were less fortunate, as were Harvick and Joe Gibbs Racing’s Christopher Bell.

Harvick is the most notable of the eliminated drivers historically, given that he’d never failed to transfer to the Round of 8 before. But in terms of championship contention, Byron and Bowman are the biggest losses. The pair combined for four wins over the regular season, with Bowman claiming three wins while Byron was among Cup’s most consistent drivers up front with 10 top-five finishes to date — a mark one over the nine he’d managed in total during his first three seasons.

Both figured to be threats for the Championship 4, particularly with two 550-hp tracks up next at Texas Motor Speedway and Kansas Speedway. But poor starts to the round derailed each of them. Byron came close to a playoff-altering win at the Charlotte Motor Speedway ROVAL, but lost track position after a bump from Tyler Reddick led him to miss the backstretch chicane in the final stage and ultimately spun trying to chase Reddick back down for second.

In the place of Bowman and Byron are the familiar faces of Team Penske’s longtime stars.

Ryan Blaney has arguably been the leader of Team Penske this season, tallying three wins in the regular season to stake his claim as a real title threat. But veterans Keselowski and Joey Logano have each taken care of business in the opening two rounds to join him in the Round of 8, giving Penske as many title contenders as Joe Gibbs Racing and one more than Hendrick Motorsports entering the penultimate round of the playoffs.

Neither driver has had a particularly noteworthy year. Logano has just one win in the Bristol Dirt Race, while Keselowski’s biggest news of 2021 has come from his future driver-owner deal with Roush Fenway Racing than his on-track performance.

But what the pair have done as well as anyone is minimize lost points, particularly in the playoffs. No driver from the organization finished worse than 20th in the Round of 8. That finish fell to Keselowski in Charlotte, but both he and Logano’s positions were fortified by top-three finishes in the rain-shortened Talladega race, which awarded both stage two and finish points to the duo at race’s end.

They’ll likely enter the round as dark horses, in need of a well-timed win or chaos above them to advance to Phoenix Raceway with a shot at the title. But at this point, all it takes is two wins to alter the course of a season.

Larson remains the likely championship favorite after his seventh win, particularly given Hendrick’s prowess on 550hp tracks that could help both him and defending champion Elliott make the next round with wins at Texas or Kansas.

The Toyota trio of Hamlin, Kyle Busch and Truex could all conceivably win as well. Busch overcame a difficult season to win at Texas last fall, Hamlin has been a threat everywhere and Truex has put together some of his best performances at Martinsville Speedway, the site of the Round of 8 finale.

History has shown that the best driver is far from a lock to make or win the Championship 4. Harvick failed to even qualify for it last year, while Hamlin was beaten by Elliott at Phoenix. Logano already has one upset title to his credit, having overcame the Big Three to triumph in 2018. Busch was strong in 2019 but had a quiet playoffs before his clutch win at Homestead-Miami Speedway.

The strongest odds for the Championship 4 are probably something close to two drivers each from Hendrick and JGR. At least two will likely transfer in with wins, while at least one contender will come from points – perhaps the best opportunity for Team Penske to sneak into title contention.

Don’t be surprised if there are a few twists along the way. Rain has provided a shakeup at both Phoenix (2015) and Texas (2020) in recent years. An untimely caution for a crash in the field could throw a winning strategy out the window, too.

Those unpredictable moments are part of what makes NASCAR’s playoffs uniquely challenging. There are so many outside circumstances that can influence a race, forcing the sport’s top teams to adapt on the fly with the stakes higher than ever.

In an era where actually winning the Cup Series title is largely unpredictable, qualifying for the Championship 4 has evolved into the sort of accomplishment that top drivers and teams are judged by for success.

The Round of 8 is here. Postseason pretenders are largely gone. Now the time has come for title contenders to emerge.

No way NA$CAR wants a Penske Ford instead of a Hendrick Chev..

I won’t make a prediction… but Larson, Hamlin, Blaney, and Busch would make for an awesome final race at Phoenix.