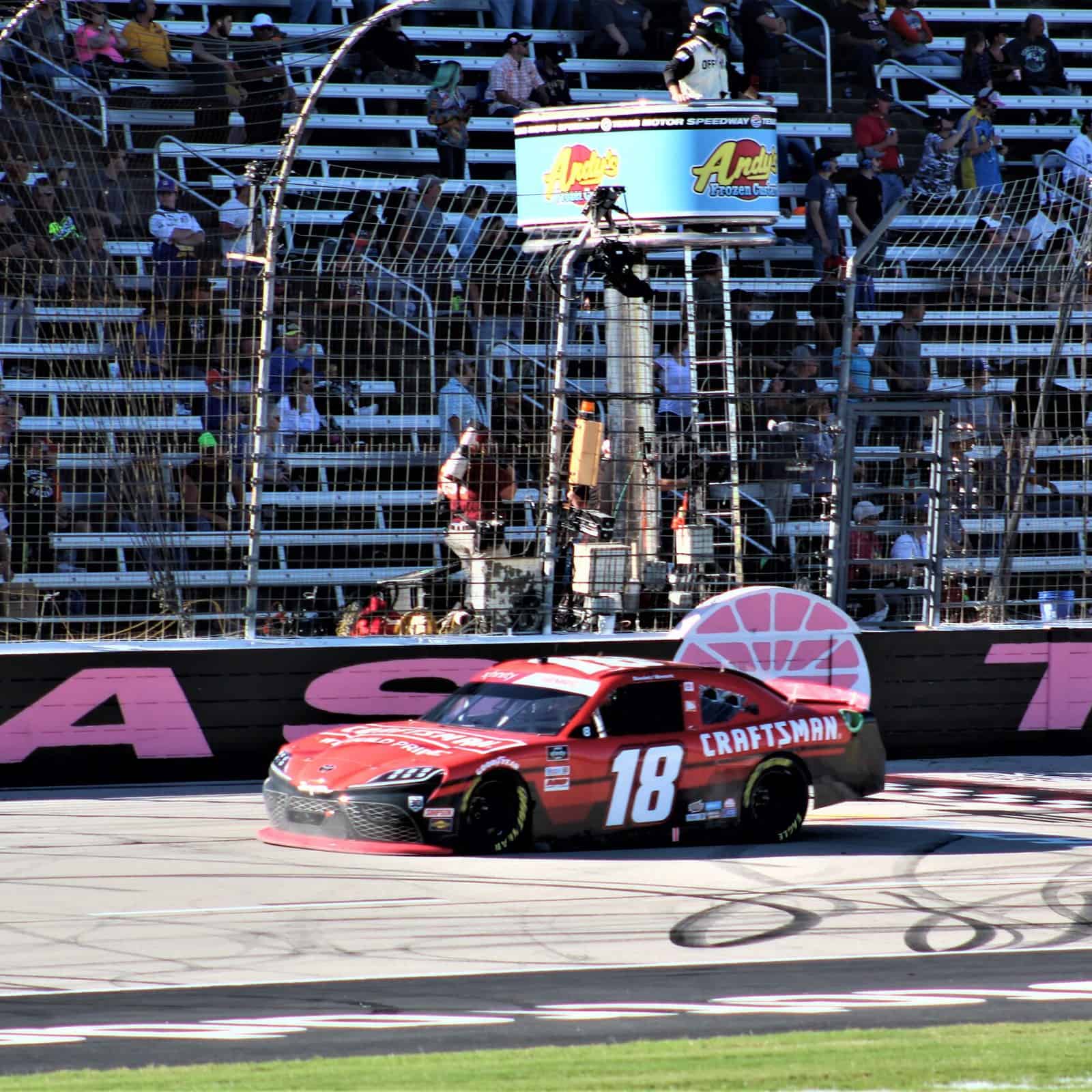 For the third time this season, Daniel Hemric walks away with a runner-up finish after seeing a potential trip to victory lane slip away following a late-race caution, this time at Texas Motor Speedway.

From laps 48-174, Hemric and eventual winner John Hunter Nemechek swapped the lead with the latter spending the most laps out in front of the field. But under the ninth caution for a spin by CJ McLaughlin, Nemechek was penalized for crew members over the wall too soon and was forced to restart at the tail end of the field, opening the door for Hemric to capitalize on being the only car that was able to remotely compete with the No. 54 Joe Gibbs Racing Toyota.

Despite the penalty, a self-proclaimed “man on a mission” in Nemechek took advantage of a late-race caution and the track position that came along with a two tire pit stop to score his first win this season and the second in his Xfinity career. After restarting 18th, Nemechek had moved up to eighth before the final yellow flew with 26 laps remaining.

The entire field made a trip down pit road and took four tires, with the exception of Harrison Burton, who stayed out, and Nemechek, who opted for two tires and led off of pit road. On the restart, a short battle between Burton and Nemechek saw the latter prevail, and it didn’t take long for Hemric to move to second with his sights set on the leader.

.@JHNemechek to the lead! @HBurtonRacing's older tires are no match for the two fresh ones on the No. 54! (?: NBC) pic.twitter.com/NhtjyTSxmJ

“They just made a really good call there to take two tires,” Hemric explained after the race. “Obviously clean air was so big. When we had clean air with our Craftsman Supra there at one point, it was really good. We were on the tighter side all day even early when the 54 was better than us, he was just a little free.

“I just couldn’t quite carry the same mid-corner exit speed. [Crew chief] Dave Rogers made good adjustments all day to get it better and once we got that clean air, we were pretty well checked out. The caution came out and they just made a good call there to take two.”

The difference in taking two versus four tires was the only thing separating the teammates, but the final run was too short for that to matter enough.

“I was whipping it for all I had, about pounded the fence three or four times trying to catch him. Great job to those guys. Congrats to those guys. Really fast JGR (Joe Gibbs Racing) Supra, just not quite good enough.”

Nemechek’s victory denied the eight remaining playoff drivers their shot at locking into the Championship 4. And that includes Hemric, who now heads to Kansas Speedway next weekend two points below the cut line and looking for a way to keep his title hopes alive.

“These guys are doing a hell of a job. Just got to keep working. I don’t know, that’s all you can do. Keep showing up, keep grinding it out,” Hemric said about the speed the No. 18 had. “Thankful to be a part of the NASCAR Xfinity Series. Thankful to know that I can leave it all on the line these next three races for Joe Gibbs Racing and that’s what we’re going to do.”