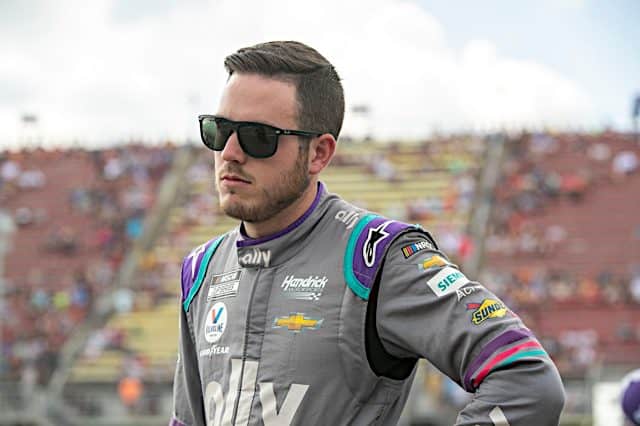 Almost immediately after the field restarted from the competition caution at Texas Motor Speedway, a large crash brought out the second yellow of the day early in stage one.

A lap 32 incident, triggered by contact between Bubba Wallace and Ross Chastain blocked the backstretch and chaos ensued. Officially, 12 drivers were involved according to NASCAR, though NBC pegged 15 who took damage, including playoff driver Kyle Busch, in the largest single accident at Texas.

A big crash on the backstretch!@Alex_Bowman and @BubbaWallace are among those involved! pic.twitter.com/KgsvtCWCND

Busch had just restarted at the rear of the field following a speeding penalty on pit road during the competition caution. After checking out the minimal damage, Busch remained on the lead lap and stayed on the track through the end of stage one, scoring his seventh stage victory this season.

The No. 18 was penalized for speeding on pit road just prior to that accident. @KyleBusch drove through it, but he checks in with his team. #NASCARPlayoffs pic.twitter.com/xMJCWNtzAT

“Just an embarrassment on my part,” Wallace explained after leaving the infield care center. “Just trying to get to the middle, I backed out and by the time I backed out, I was already around. Sorry to everybody that came here to cheer on the (No.) 23 car. I let everybody down, I let my team down so I apologize to them.”

The only other car out of the race is Quin Houff, who suffered transmission problems unrelated to the Big One.