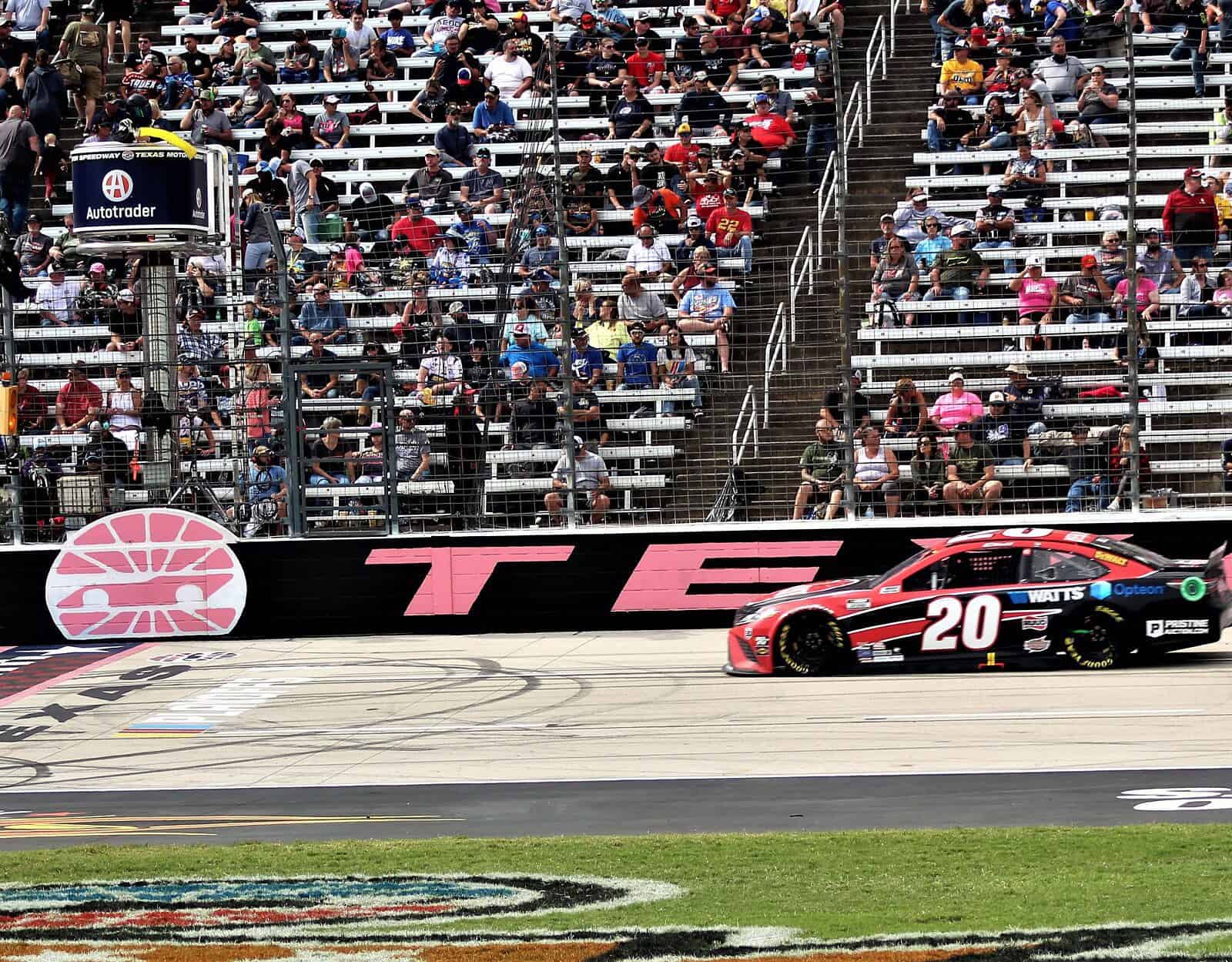 Just a week removed from being eliminated from the playoffs, Christopher Bell snagged a third-place finish at Texas Motor Speedway. He was also one of three non-playoff drivers to finish in the top five (William Byron, second; Kevin Harvick, fifth).

But despite the finish, it wasn’t easy for Bell to get to that point.

After starting 11th, Bell ran inside the top 10 for much of stage one before a green flag pit stop with four laps remaining in the stage put him a lap down. He took the wavearound at the stage break and rejoined the lead lap, where he remained until an unscheduled pit stop on lap 260.

Forty laps later when Joey Logano‘s engine expired, Bell had his No. 20 Toyota in position to get the free pass and once again rejoined the lead lap. From there, the flurry of cautions and late restarts allowed him to climb to third for his seventh top five of the season.

“Adam (Stevens, crew chief) did a great job making the right calls – putting tires on at the end really helped us,” Bell said. “We kept gaining on this Rheem Camry every pit stop. I felt like we were pretty strong at the beginning of the race, and then we kind of lost the handle in the middle stages and fell back and lost some track position, so fortunate to come home third for sure.

After struggling mightily throughout his rookie season in 2020 where he scored just two top fives and seven top 10s in 36 races, Bell ended the year 20th in the points standings.

Fast forward to this season and the second race on the schedule at the Daytona International Speedway infield road course, and the sophomore driver locked himself into the playoffs in February. Through the first 26 races of the season, he had just four top fives, but since the championship battle began, he’s posted three top fives and four top 10s.

And while he is out of the championship battle, he still has high hopes for the remainder of the season.