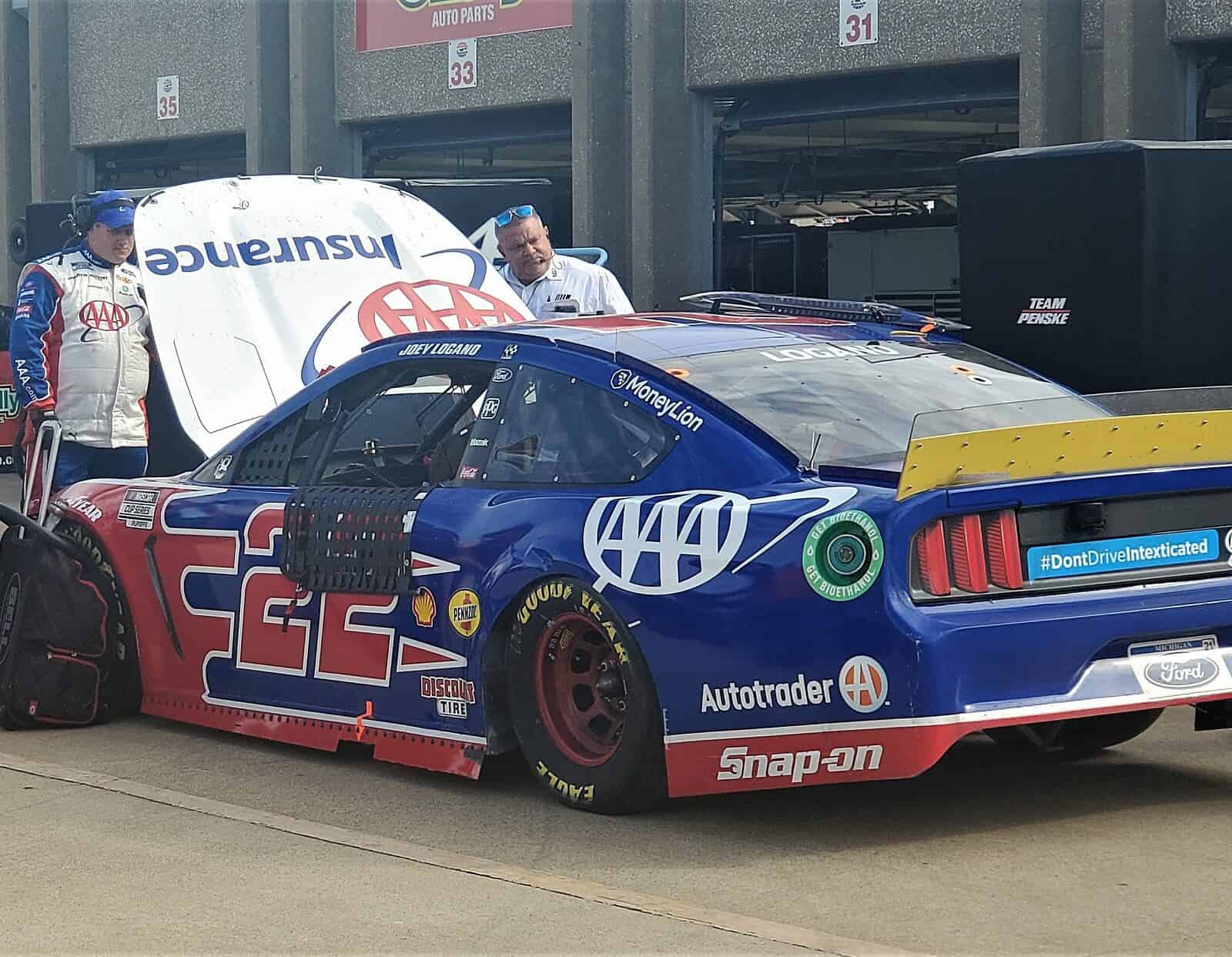 Joey Logano saw his hopes of pointing his way into the Championship 4 go up in smoke at Texas Motor Speedway Sunday (Oct. 17) … literally.

Right as the field approached lap 300, the No. 22 AAA Insurance Ford suffered an engine failure and billowed smoke as the caution flew for the fluid left on the track. Logano took his car straight to the garage area and was out of the race with a disappointing 30th-place finish.

The only real indication of a potential problem was the engine was “starting to maybe give up a little bit of power in that run,” Logano explained from the garage.

“We were just getting passed,” he continued. “It just kind of let go.”

This is Logano's first engine failure since Pocono I, 2014. Seven years ago! #NASCAR

It’s also the first engine failure for Team Penske since Ryan Blaney suffered one at Charlotte Motor Speedway in 2018.

“It is just a real letdown moment,” Logano said. “I said it earlier but Roush Yates [Engines] has built us good motors. I don’t have any room to complain. We haven’t blown one up in years. At least not on the [No.] 22 car. It is bad timing, I will say that, but it is what it is.”

Logano entered the Round of 8 seeded seventh, though he sat just 11 points below the cutline, a number that is far from insurmountable if the No. 22 team wanted to point its way into the Championship 4. But during pre-race media availability, Logano acknowledged it wouldn’t be easy.

“We have to be perfect through all of this. That’s been my mindset for these next few races,” Logano said. “From a speed perspective, when you look at the other cars we’re competing against, we’re in the hunt to point our way in. That depends on who wins today and next week to decide whether we can actually do that, but to even give ourselves a chance, we have to be perfect.

“You can’t really make mistakes here and expect to drive back through the field.”

But the No. 22 team was far from perfect at Texas. Without the blown engine, Logano still struggled mightily and didn’t earn a single stage point.

“It was a grind. We had a good start of the race and rode it up there to second and then we put two tires on and the car got real loose and we lost track position that run,” he said. “We started making gains, and we had a caution that fell right after we pitted and put us down a lap at the wave around. That happened a couple of times. We came back from the rear three times throughout the race.

“I’d like to know how we would be if we just picked it up and put it in a top-three spot. Maybe we would be okay. We have to move on. It is what it is now. We can’t change it. Not many points today, so that is a bummer. We will be fighting from here.”

Logano now finds himself eighth in the standings and 43 points behind Kyle Busch who holds the fourth and final spot above the cutline for the Championship 4. And while he can technically point his way in with strong showings over the next two races at Kansas Speedway and Martinsville Speedway, the driver of the No. 22 will more than likely need a victory if he’s going to keep his title hopes alive.

The good news there, though? Logano has three wins at Kansas, including one last season. As for Martinsville, he’s got the lone win at the short track that came during his 2018 championship season. But he’s also finished outside the top 10 just once in his last seven races there.