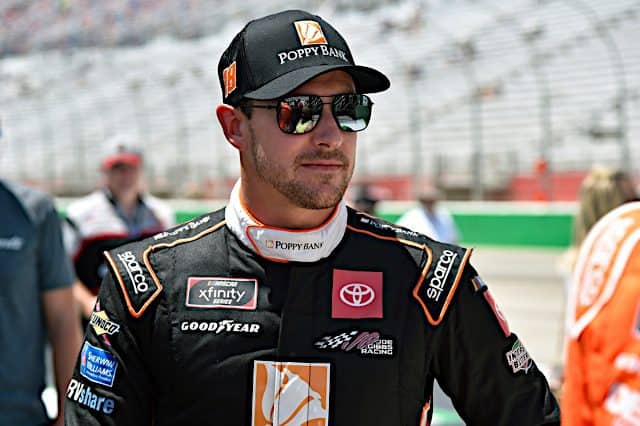 Daniel Hemric will roll off from the pole in the NASCAR Xfinity Series race at Kansas Speedway Saturday (Oct. 23).

He drove his No. 18 Toyota of Joe Gibbs Racing to second behind teammate John Hunter Nemechek at Texas Motor Speedway last week.

Austin Cindric begins in second on the front row with Hemric, while JR Motorsports cohorts Justin Allgaier and Noah Gragson make up the second row in third and fourth, respectively. AJ Allmendinger rounds out the top five.

Allmendinger’s fellow Kaulig Racing colleague Justin Haley is sixth and Harrison Burton is seventh. Michael Annett, whose car is fighting for the owner’s championship, lines up in eighth, Brandon Jones is ninth and Ty Gibbs completes the top 10 starters.

A formula based on the driver’s performance from the last race was used to set the lineup. 50% of the driver’s and car owner’s finishing position from Texas (25% each), 15% for where the driver ranked when he ran his fastest lap of the race and 35% for where the team owner is ranked in the owner’s standings.