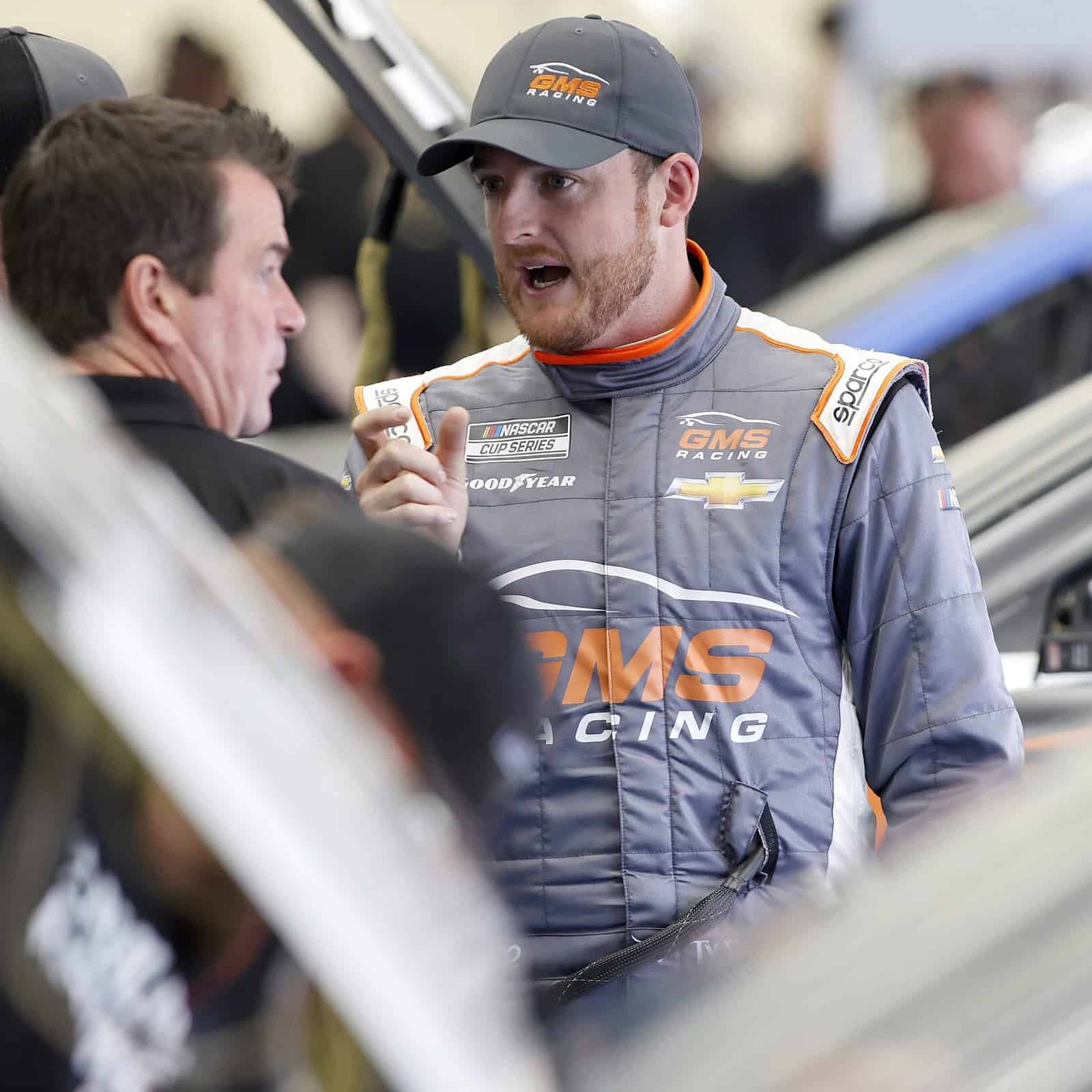 This was encapsulated on Oct. 9 as he prepared for the NASCAR Xfinity Series race on the Charlotte Motor Speedway ROVAL.

“Part of my routine is going on pit road and looking at our pit stall and pit sign,” Dillon told Frontstretch. “It was funny because I was driving the [No.] 23 car, but the pit crew is the [No.] 37 Cup team.”

Dillon asked someone on the No. 23 team, owned by Our Motorsports, what their pit road sign was.

“At this point, it doesn’t matter,” Dillon thought. “Half the numbers down pit road, I’ve ran.”

Through nine months and two series, the 29-year-old Dillon has made 16 starts in points and non-points events.

In the NASCAR Cup Series, he drove 23XI Racing’s No. 23 in the Busch Clash and made four starts in Gaunt Brothers Racing’s No. 96, plus a Daytona 500 qualifying race.

In the Xfinity Series, 11 starts were spread out over Joe Gibbs Racing (No. 54), Jordan Anderson Racing (No. 31) and Our Motorsports (Nos. 23 and 02). Surprisingly, his best finish didn’t come with JGR. Instead, it was a fifth-place finish with Our Motorsports at Atlanta Motor Speedway.

On Oct. 11, during a two-day Next Gen test, Dillon added yet another number to the list, though this time it’s intended to be more permanent.

For the first time, Dillon climbed behind the wheel of the No. 94 Chevrolet for GMS Racing, the car he is scheduled to drive full-time in the Cup Series in 2022.

His deal with the longtime Camping World Truck Series team was made official the Thursday before the Next Gen test on the Charlotte ROVAL.

“It felt like a weight lifted off my shoulders,” Dillon said.

Dillon signed on the dotted line, ensuring his return to Cup full time, seven months and seven days after hitting his low point.

Nowhere to Go But Up

The stress of finding a path back to the Cup Series full time after four years with Germain Racing had gotten to him.

“I can’t do this anymore, the stress is hurting my heart,” Dillon told his wife, Haley, while sitting on the floor of his kitchen.

It was a short-lived retirement, one Dillon discussed that day in an episode of his podcast, which he titled “I Quit Today.”

More than half a year later and with his 2022 plans established, Dillon shared what that period in time was like for him and how it’s changed his outlook on his life and career.

“I felt that way a couple of days previous of making the podcast of, ‘Man,  I don’t want to have to keep going through the stress of worrying about providing for my family at this job and is it gonna work out?’ In that moment it was hard, and that continued. It was really a tough time. You want to race and you want to be a part of a team again, but also the pain of continuing to hear ‘nos’ and situations not working out.”

Dillon said he felt like a rug was “pulled out from under me” four or five times “right at the last second.”

“I was really working hard to try to get opportunities all the way up until January and February of this year,” Dillon said. “And felt like I was on the doorsteps of getting opportunities for this year.  […] And it was very disappointing and upsetting and frustrating. But I kept going, not knowing when the next opportunity is going to come.”

The opportunity with GMS Racing first presented itself during NASCAR’s two-week break in July for the Olympics.

“None of these deals are just a one-call, ‘Hey, we’re gonna do this and and be ready to sign tomorrow,’ kind of deal,” Dillon said. “As those conversations came, I think the organic part about it is more or less just the natural relationship that was so easy to start between myself and (general manager) Mike Beam and (owner) Maury Gallagher of, ‘Hey, we have chemistry here that I think good things are going to come from this relationship.’ So that’s the very exciting part for me, is working for two guys so far that are so easy to talk to and communicate and very clear and transparent about their goals, their intention for me and the race team. So I think that’s probably my favorite part of the beginning of this relationship.”

As for Dillon’s “wild year,” it’s one he “wouldn’t say I’d want to do it again” but was “necessary for me.”

“I feel like I’ve grown and matured,” Dillon said. “It’s put things in a different viewpoint of perspective of why I love racing and why I want to be part of racing. I think in the past, a lot of my motivation was based off of fear of failure and fear of not impressing people with my skill. Now, my motivation is just pure love of the sport. Pure love of waking up every day and working on being just a little bit better, no matter the results but pushing myself and growing in a team and growing relationships, actually enjoying the ride of a career that is so, so fun and so cool. […] And I think that having more of a pure motivation like that is just, it’s easier to get up and work hard every single day when you when you see it in that that light.

“So I’m grateful for the hard times, because it definitely makes you stronger.”

When he shared his own experience in podcast form in March, he wanted it to part of the ongoing discussion around mental health.

It’s hopefully allowed those who haven’t undertaken sports as a profession to understand what it takes out of those who do.

“As athletes, I think there is pressures that people might not understand why you would want to take a break from doing something that is so fun,” Dillon said. “I think that is hard for people to understand. I totally get that, right? Some people work 9-5 jobs and look forward to going out playing a sport as a hobby. […] But anything professional, at the highest level is stressful and demanding on your life. […]

“When things go from being a fun hobby, to a job, everything changes […] the demands, you have so many more people pulling you in different directions. It’s a job, right? It is a fun thing that you do, but it is a very serious job. It’s your livelihood, and there’s a lot of pressure. You have a lot of fans, there’s a lot of responsibility. And don’t get me wrong, being a professional athlete is one of the greatest jobs to have, but it doesn’t denounce the fact that it’s hard, emotionally and mentally. And physically, when you’re exerting that much, that often, it has to affect you mentally, unless you spend all your time recovering your body and your mind that you have no time for relationships in life. And it just makes things really tough.

“So there’s a massive balance, I think, for athletes. And I think part of the mental health discussion is healing within itself. Athletes feeling comfortable to say, ‘Hey, I need a second to kind of gather my mind, because I love this sport.'”

Follow @DanielMcFadin and check out and subscribe to his podcast “Dropping The Hammer with Daniel McFadin” on YouTube and in podcast form. This week’s guest is Ty Dillon. Listen to the whole interview below.

He should be suspended for being mental. It is a danger to the other drivers, like drugs.