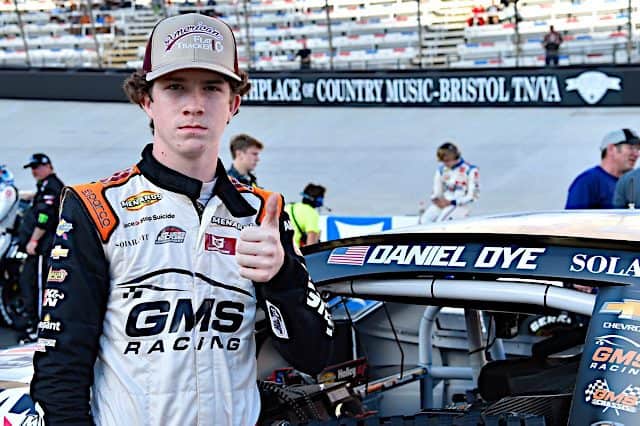 Dye competed full time in the ARCA Menards Series East in 2020, half for Ben Kennedy Racing and half for GMS. In eight starts, he scored two top fives and seven top 10s.

He also drove six events in the main ARCA series, all for GMS, winning his first race at Berlin Raceway.

“I couldn’t be more excited to return to GMS Racing and compete for a championship next year,” Dye said. “Everyone at GMS does such a great job putting fast race cars on the track, and I’m thankful for the opportunity to drive one of their Chevrolets.”

GMS also announced that Dye will continue working with the Chevrolet Drivers Edge Development Program and that crew chief Chad Bryant will return to the pit box.

“We are excited to have Daniel back at GMS for the 2022 season,” Mike Beam, GMS president, added. “Daniel has a lot of potential and he grew a lot as a driver in 2021. Collecting your first win in a series is a big deal and I know that’s the first of many.”

Dye’s car number was not announced, though he generally drove the No. 21 for GMS in ARCA competition in 2021.