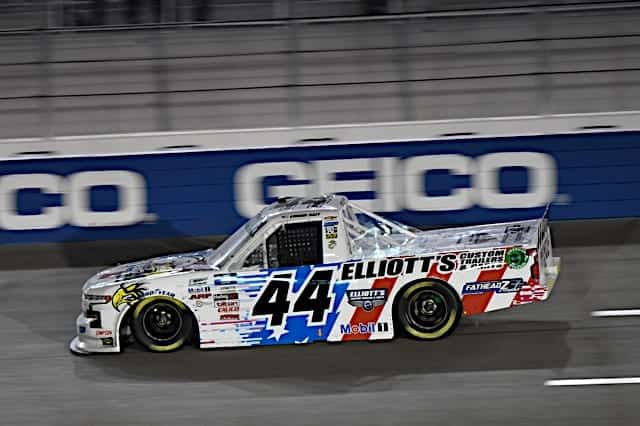 Dean Thompson will join Niece Motorsports for his first full-time season in the NASCAR Camping World Truck Series in 2022, the team announced Nov. 2.

“To say I’m excited for next season is definitely an understatement,” Thompson said in a team release.  “I’m honored to have the chance to drive these Niece Motorsports Chevrolets.  I’ve enjoyed getting to know Carson (Hocevar) and am looking forward to having him as a teammate.”

Thompson’s number and crew chief for next year have yet to be announced.

On top of a late-model career that includes a track championship at Irwindale Speedway, the 20-year-old has two races under his belt in the 2021 ARCA Menards Series season, with his best result being an eighth-place finish at Kansas Speedway during the series finale.

“We’re thrilled to have Dean join the organization,” Niece Motorsports general manager Cody Efaw said.  “He’s shown a tremendous amount of talent as he’s worked his way up, and we’re excited to help him continue to hone that.  He’s got a great teammate to lean on in Carson Hocevar.  We’re really looking forward to how 2022 is shaping up for our team.”

His racing season is not over yet, however. Thompson will attempt his Truck debut with Niece in the team’s No. 44 entry this weekend during the season’s final event at Phoenix Raceway. He’ll also run in the ARCA Menards Series West finale at the track.