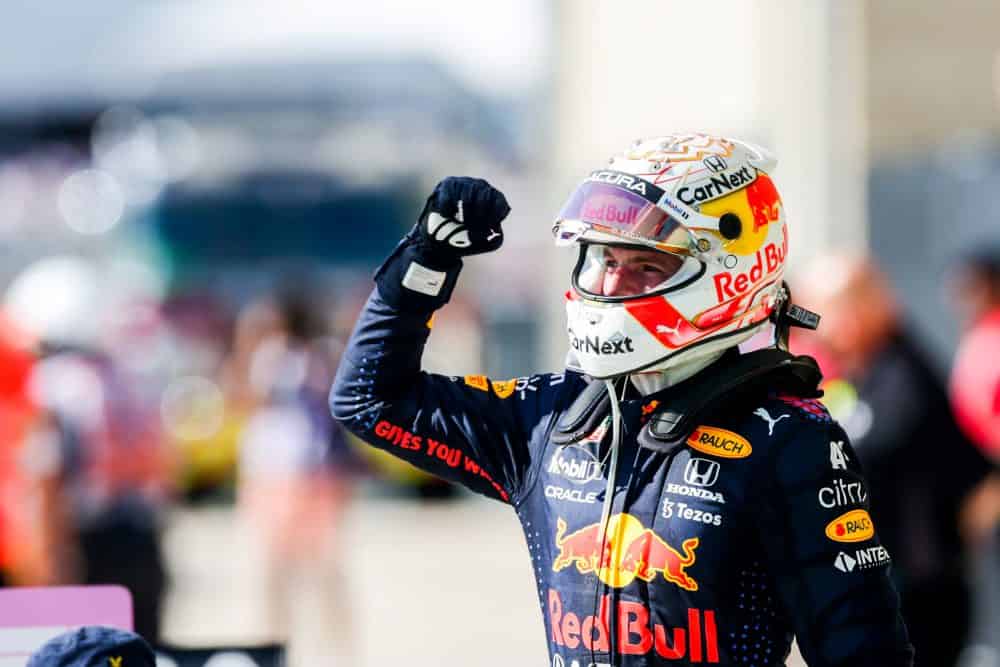 Do you smell it? The fresh air?

Fresh air. That is what the 2021 Formula 1 World Championship has been for longtime followers of the sport. While Nico Rosberg and Sebastian Vettel have thrown their fair share of effort at Lewis Hamilton through the hybrid era (2014-present), 2021 marks Hamilton’s most serious title fight yet, and we’re all here for it.

Standing between the Briton and a record breaking eighth driver’s title is Max Verstappen, who currently enjoys a 12-point lead over Hamilton with five rounds remaining for the title to be decided. Certainly, 2021 will be considered Verstappen’s true breakout season for years to come. However, the 24-year-old from Hasselt, Belgium may very well consider it a season to forget if he fails to seal the deal and dethrone Sir Lewis for the title.

At first glance, some might expect that Verstappen would struggle with the pressure that accompanies going head-to-head with the sport’s most successful competitor for its highest honor. If that is the case, it certainly hasn’t shown. Despite the two coming together on multiple occasions — Silverstone and Monza, most spectacularly — Verstappen has continued to match his rival’s form and has proven to be a worthy challenger to Hamilton’s hegemony.

Looking forward to Mexico, both drivers have two wins at the track under their belts. Verstappen took back-to-back wins in 2016 and 2017, while Hamilton won in 2016 and 2019. Hamilton winning with Verstappen finishing second could tie up the title race yet again (assuming neither driver takes a point for the fastest lap). Likewise, a poor day for Verstappen could erase his championship lead, while Hamilton stands to have another finger pried off the title should he not outscore Verstappen in Mexico City.

Mathematically, neither Hamilton nor Verstappen have a chance to secure the title this weekend.

Some 1,300 miles to the northeast, the 2022 Miami Grand Prix is inching closer, with presale tickets selling out in less than an hour this past week.

The Miami Grand Prix’s 2022 debut will be the first event in a tenure of at least 10 years on the F1 calendar. It will take place around the Miami International Autodrome, a temporary circuit to be constructed around Hard Rock Stadium, home of the NFL’s Miami Dolphins.

After visiting the site of the circuit, F1 Race Director Michael Masi was in good spirits. Speaking to Motorsport.com, he conveyed his high expectations for the race.

“It is a proper circuit,” Masi said. “It is far from a race in a car park. … The facility is coming along really, really well, and it will be something unique.”

Nevertheless, the ever-increasing size of Formula 1 cars, especially since the mid-2010s, has left street circuits in a peculiar position. While Miami is technically a temporary circuit, not a proper street course, the views Formula 1 has provided so far present an interesting product.

The design of the Miami International Autodrome is, at least according to the virtual lap shared by F1 back in April, fast. The better part of the lap is taken with the throttle wide open, and the corners range from Suzuka-style esses to hairpins and chicanes evocative of the Yas Marina Circuit. Elevation change is scarce, save for the turn 13-16 complex, where elevation changes rapidly, but not drastically.

Most interesting, the circuit fluctuates in both run-off area and width. On the run to the first corner, Hamilton could outbreak himself and be halfway to the Bahamas before he was in any danger of striking any stationary object such as a tire barrier. Meanwhile, the latter half of the lap looks like a scene straight from the Macau Grand Prix’s infamously narrow Gaia Circuit. Turns 13-16 also give off a serious Nashville Street Circuit aura.

With the 2022 aero regulations, Miami looks set to be walking a fine line between close racing and a funeral procession race with little overtaking. Fortunately, fans can take solace in Masi’s confidence that Miami won’t resemble the infamous Caesar’s Palace Circuit. But could it resemble Valencia?

While title implications will be plentiful in Mexico, there may be no one this race means more to than Sergio Pérez.

Pérez debuted in F1 in 2011, becoming the first Mexican driver to compete in 30 years at the time. It wasn’t until 2015 that he had the chance to display his abilities in front of his home crowd, when F1 returned to the Autódromo Hermanos Rodríguez for the first time since 1992.

Despite being a consistent points finisher, Pérez has never had the chance to stand on the podium at his home track. Having previously raced in Mexico for Force India/Racing Point, Pérez’ current status as a Red Bull driver marks his best chance to grab that elusive podium — perhaps even a win.

While Red Bull is most definitely more concerned with helping Verstappen bring home their first title since 2013, Pérez seems to have found his form in recent weeks and shouldn’t be discounted.

Through the first seven rounds of the season, Pérez managed only two podium finishes. The 31-year-old pulled off a surprise win in Azerbaijan, owing to the misfortunes of Verstappen and Hamilton, and followed up with third at the French Grand Prix. That said, Pérez’ average finish has hovered around fifth this season, a few places shy of where Red Bull needs him if they want to counter Bottas’ role at Mercedes.

Following a string of non-points finishes in Great Britain, Hungary and Belgium, Pérez has posted back-to-back podium finishes in Turkey and the United States. His qualifying pace in Texas was particularly notable, drawing praise from the paddock, the commentary box and the fanbase alike.

What better place to continue that momentum than Mexico City?