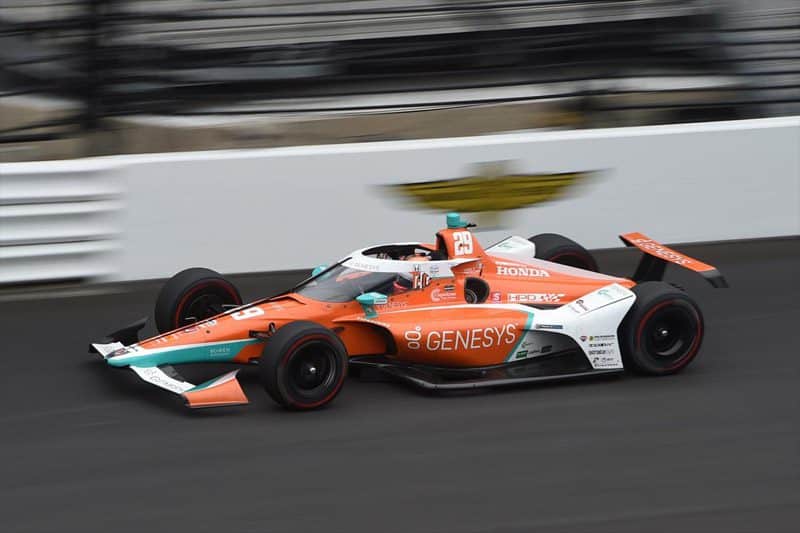 DeFrancesco will pilot the No. 29 Honda. His sponsorship from the Indy Lights Series will accompany him into IndyCar; PowerTap Hydrogen, Kimoa, AIS, Simply Mac, Jones Soda Co., Fyllo and Sol Yoga will all adorn his car throughout the season.

“We’re thrilled to keep Devlin in the Andretti Autosport family as he makes his final jump up the Road to Indy ladder into INDYCAR,” Michael Andretti, Andretti Autosport CEO and chairman, said in a team release. “Devlin has been a great addition to our Indy Lights program and has showed a lot of growth and strength at the recent test days. I think he’ll continue to grow with INDYCAR and I’m really glad that we could again partner with George and the Steinbrenner Racing team for the No. 29.”

“I am incredibly grateful to Michael Andretti and George Steinbrenner IV for the belief they have shown in me over the past two seasons moving up the Road to Indy ladder,” DeFrancesco added. “To now take that final step into INDYCAR with two of the world’s biggest names in sports – Andretti and Steinbrenner – is an incredible opportunity that I can’t wait to take full advantage of. I have three very experienced teammates to learn from and that is what makes this opportunity even more exciting. To get to race in the NTT IndyCar Series with Andretti Steinbrenner Autosport and to contest the Indianapolis 500 is a dream come true and I’m so looking forward to getting started.”

DeFrancesco earned two podium finishes in the 2020 Indy Lights season, resulting in a sixth-place finish in the point standings. He finished third in the first and second races of the season, both at Barber Motorsports Park.

DeFrancesco rounds out the four entries for Andretti. His teammates will be Romain Grosjean, Colton Herta and Alexander Rossi. James Hinchcliffe drove the No. 29 in 2021.