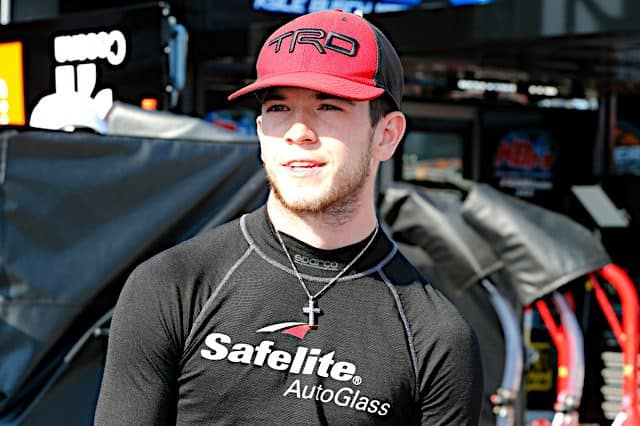 Chander Smith may have been the last to qualify for the NASCAR Camping World Truck Series finale at Phoenix Raceway on Nov. 5, but he certainly was not the least. In his one lap, Smith put down a blistering pace of 136.576 mph, more than a quarter of a second faster than second-fastest Sheldon Creed.

Championship 4 contenders Zane Smith and John Hunter Nemechek struggled during the session, as they could only muster 13th- and 16th-place starting positions, respectively.

During the second lap of his qualifying run, Tyler Ankrum got loose and spun off of turn 4. He was able to keep the car off the wall and had recorded the 14th-fastest time in the session on his previous lap.

Thirty-nine trucks took to the track in qualifying. Truck Series races with qualifying have a maximum of 36 trucks making the show, and Dawson Cram, Jennifer Jo Cobb, and Norm Benning were the three drivers that were unable to qualify for tonight’s race.