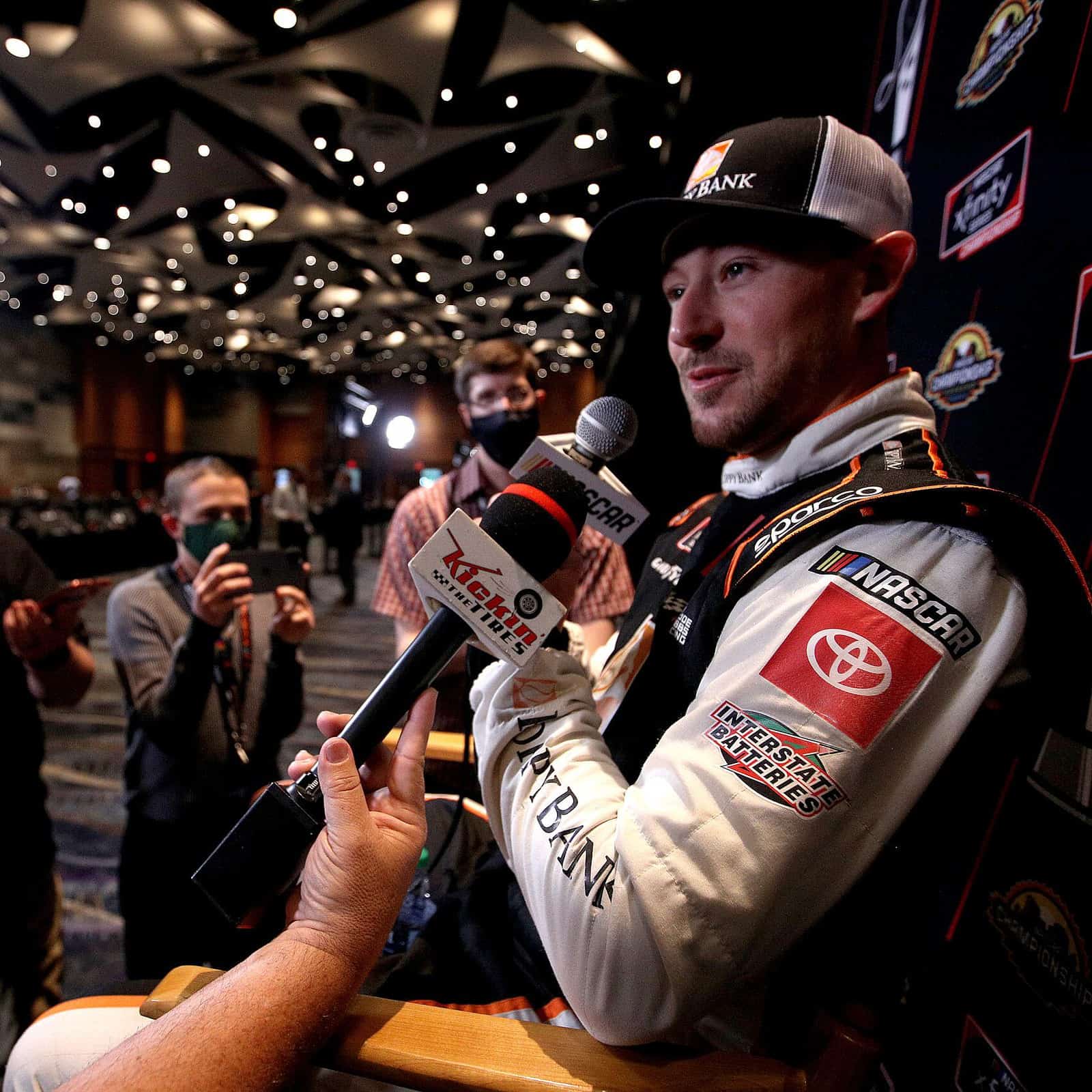 PHOENIX — When it comes to the NASCAR Xfinity Series Championship 4, Daniel Hemric has been here and done that.

The first two times Hemric took part — in 2017 and 2018 — it occurred at Homestead-Miami Speedway.

In both instances, Hemric came up short. But it’s different this time.

However, there’s been one unfortunate constant for Hemric each time he’s arrived on the Xfinity Series’ biggest stage: his winless record.

That doesn’t just include his Xfinity record this season.

Like Matt Crafton in the Camping World Truck Series in 2019, Hemric could hoist the championship trophy without winning a race. He could also do it having never won any of his 208 national NASCAR series starts.

“You never know when your next opportunity like this is going to be,” Hemric said Nov. 5 at Championship 4 media day. “Obviously, from having my last opportunity to win an Xfinity your championship in 2018, to go into 2019 and what feels like your life unravels over the next two seasons, and now have a chance to come back here. (To) have an opportunity to do something that we all set out to do 32 weeks ago, myself, my race team, we don’t take that lightly.”

Being one of the most consistent drivers in the series has clearly paid off for Hemric.

He enters Saturday’s (Nov. 6) race at Phoenix with 14 top fives and 20 top 10s. While he hasn’t won, AJ Allmendinger and defending champion Austin Cindric each have five victories. Noah Gragson has three.

“I think everybody’s kind of entitled to what they feel like sets themselves apart,” Hemric said. “I think all the championship contenders stories are different, how we got here is different. Our upbringing, I think, is fairly different. I think that’s cool, right? It adds a diverse look to the fans, to our followers, to our race teams and the people we compete for week in, week out. I think it’s interesting look at the dynamics where we’ve all come from.”

One of Hemric’s championship foes understands to a degree the position Hemric finds himself in.

Cindric received his own share of criticism in the years before he won the 2020 Xfinity title.

“… It’s one of those things that you have to be aware of, but at the same time it does get old to listen to it after a while and from Daniel’s perspective he can’t just stick up for himself and make a stink about it because then it kind of just makes you look like an ass. But sometimes you need somebody else to do it for you, and I have enough respect for Daniel to stick my neck out in that way.”

If nothing else, Hemric has proven the elimination playoff format doesn’t care about your prior work experience when it comes to victory lane.

“By the time you get to this point, you feel like you’re playing with house money,” Hemric said. “The format, the decisions, just everything that has to go into trying to get to the championship is a task like no other. So to be able to do that you get here and you feel like well, ‘I’ve had to beat the other 39 guys all year, I got to beat three more.’ To me, those odds seem a lot better than the other way around.”

Hemric is heeding the advice of one of his fellow Joe Gibbs Racing teammates, Chris Gabehart, crew chief on Denny Hamlin‘s No. 11 car in the NASCAR Cup Series. Hamlin and the No. 11 team have yet to claim a title in multiple attempts at it.

“They’ve been in this situation and for whatever reason fallen short a couple of times, no different than myself,” Hemric said. “We talk a lot about (how) you go into this format, you go into specifically this one race with a goal of executing and doing it at 100%. The thing is, you can come in and do that at 100%. Yet that’s not going to guarantee the exact results that you want. But it is going to guarantee your best day if you do that 100%. Somebody’s best days will be better than somebody else’s. Obviously, one better than the other three, in this particular dynamic. You just got to go and try to do your part.”

Hemric has been preparing to do his part this weekend for a while.

On Monday (Nov. 1), he made what he estimated was his fifth or sixth simulator visit specifically in preparation Phoenix. The others came long before he was locked into the Championship 4, when the No. 18 team was “hoping to be in that situation and preparing to be in the situation.”

The difference in a sim session when you’re striving to make the championship race and when you’re actually in it is a “different mindset,” according to Hemric.

“You can feel it amongst the people that are on those chats and inside that room when you’re going through that last session of working through a plan,” Hemric said. “Because you know the purpose. It’s not a ‘what if?’ … You’re working towards a legitimate goal that you can see that’s within grasp. And that’s where my mindset was when I woke up Monday and hasn’t changed all week.”