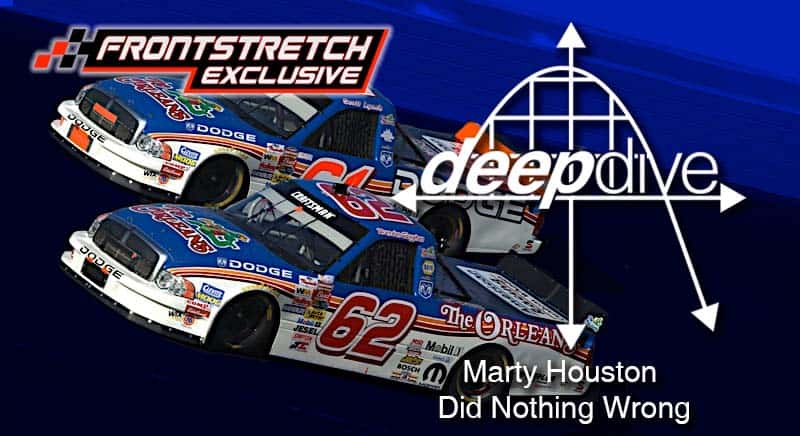 Championship races have a lot on the line, especially when one mistake can cost the team a title. The 2003 NASCAR Camping World Truck Series race at Homestead-Miami Speedway was one of those examples, affecting one driver’s entire season of work.

In 2003, Brendan Gaughan looked poised to claim the championship until an unfortunate series of circumstances. Marty Houston, who had a teammate in the championship hunt, was the center of the controversy as he crashed and collected Gaughan during the finale. For Gaughan, he thought Houston intentionally wrecked him by team orders. Instead, it was a wrong time, wrong place ordeal.

Frontstretch‘s Jared Haas takes a deep dive into the incident that changed the course of Truck Series history during the 2003 Ford 200. While Houston was the person to blame for the wreck, Haas points to something else that caused Gaughan to lose out on the championship while continuing this Frontstretch exclusive series.