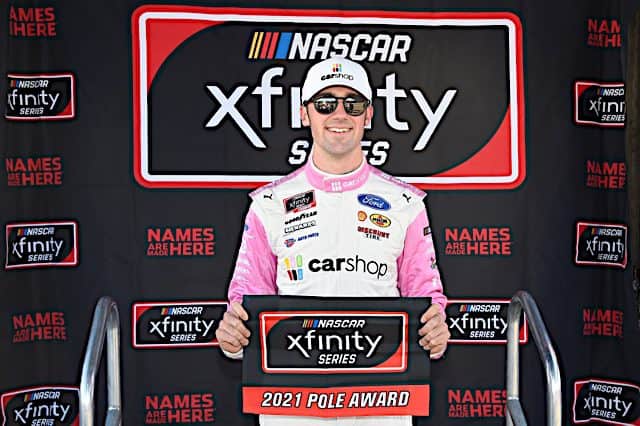 Austin Cindric will lead the field and his Championship 4 rivals to the green flag in Saturday night’s (Nov. 6) NASCAR XFINITY Series season finale.

Cindric, who won the pole with a 131.902 mph lap will be joined on the front row by John Hunter Nemechek. Justin Allgaier will start third alongside championship contender Daniel Hemric. Riley Herbst rounds out the top five.

The lowest qualifying Championship 4 driver was AJ Allmendinger, who will start 12th.

Meanwhile, Michael Annett, who announced in early October that he will retire from full-time NASCAR competition, starts 13th.

Coverage for the XFINITY Series Championship Race begins at 8:30 p.m. ET on NBCSN.