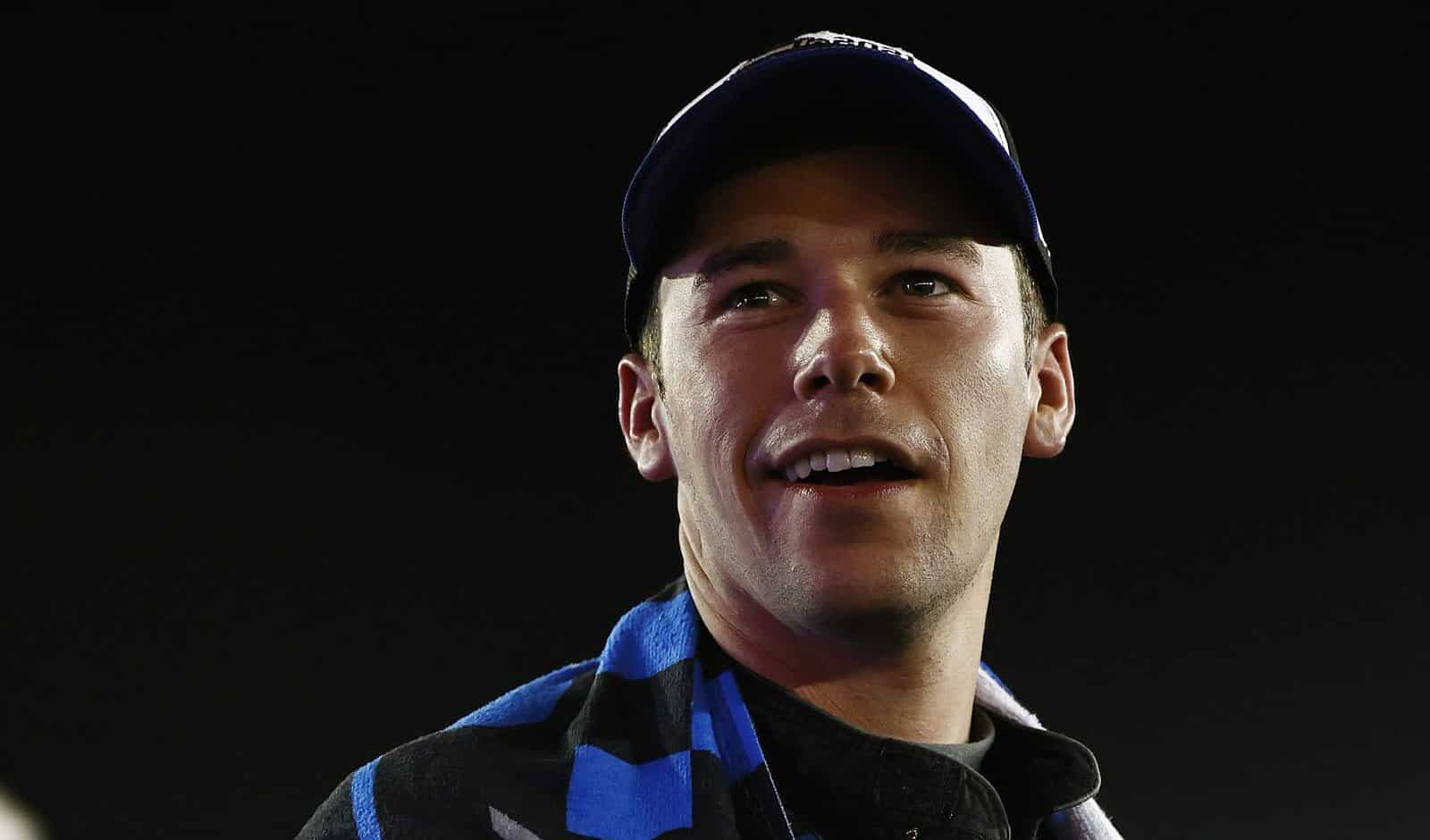 PHOENIX — “It’s really quiet in here, I just came from a party.”

As he entered the deadline room of the Phoenix Raceway media center draped in a decorative towel, self-admitted lightweight Ben Rhodes was four Bud Lights and a “decent” amount of champagne deep into his celebration as the newest NASCAR Camping World Truck Series champion.

“I love champagne,” he exclaimed. “That’s the taste of victory.”

Let’s be clear. It does not matter how Rhodes won the title. Just that he did.

“I’m more zen now, thanks to my good friend, Bud,” Rhodes said, introducing those present to the small blue can sitting in front of him.

With that, the 24-year-old was off on a 20-minute odyssey, both hilarious and insightful, that rivaled Brad Keselowski’s four-and-a-half minute interview on SportsCenter in 2012.

“Libations are good. The championship’s awesome. This is going to be the weirdest press conference ever,” Rhodes declared.

He was not wrong.

“Thoughts and prayers to our transcriptionists,” NASCAR PR rep Mike Forde dryly observed early on (no transcription was provided).

After a brief tangent about the on-track product toward the end of the race, Rhodes simply observed “you know, it was a good night.” He then began trying to call on reporters himself.

“We’ve got a question in the back!” he yelled, before taking a question from up front.

At this point, Toyota PR representative Lisa Hughes Kennedy swooped in from the side of the room to swap out Rhodes’ friend Bud for a tall bottle of Dasani water.

Asked about it later, she made clear it wasn’t the first time she’d been in that position.

The first truly meaningful answer from the ThorSport Racing driver came courtesy of a question asked by The Athletic’s Jeff Gluck. In the aftermath of a Truck Series title, how did the 24-year-old with five wins in 141 series starts view himself in the NASCAR landscape?

“There’s a lot of bubbles in this,” Rhodes observed of his new friend Dasani before answering. “When you’re the young guy trying to come through the sport, you imagine yourself being that Cup champion at age 18. Right? So you kind of set like these unrealistic goals.

“But I’m so happy with where I’m at. (Team owners) Duke and Rhonda Thorson, I wouldn’t even be racing right now if it wasn’t for them. They’re amazing. I owe everything really to them for anything that I have going on in the sport today. So they gave me my big break. They gave me my opportunities. So I’m here today because of them. So I’m not going anywhere unless they told me they don’t want to race anymore … it’s like a family. It’s one big family in Ohio.”

Located in Sandusky, Ohio, ThorSport Racing is one of the few NASCAR organizations not based in North Carolina.

“It’s just a five-hour drive for me up the road (from where he lives in Kentucky),” Rhodes said. “I’m kind of the outsider, ThorSport’s the outsider. So we’re like a match made in heaven. And I love it.”

How did Rhodes plan to further celebrate the occasion?

“We got a lot more festivities tonight,” he noted.

“Ice Ice Baby (by Vanilla Ice) for sure,” said Rhodes. “I sung that at my wedding but I don’t remember it. … I got a list of songs on my phone for just this thing. … ‘Inebriated Song List’ is how it’s titled. And I got about like 30 to choose from because I can’t remember when I’m in the moment.”

Those tracks include “Break Up in a Small Town” by Sam Hunt, “Ice Ice Baby” and “Welcome to the Jungle” by Guns N’ Roses.

Or as Rhodes put it, “WELCOME TO THE JUNGLE.”

Eventually, like anyone whose had one beer too many, Rhodes veered back into the introspective portion of the moment. He admitted he’s “not as popular as some drivers because I’m so bad at the social media.”

“I get on there and I’m like, ‘how do you be creative?’ And then I get sucked into the Twitter or the Instagram and the stuff and you’re looking at other people’s creativeness,” he explained. “It’s like, ‘Wow, you’re so creative.’ And then I just don’t create anything because I’m just consuming. I’m just a consumer.”

Then, with no prompting, Rhodes used his moment to prop up his hometown of Louisville, Kentucky.

“I love my hometown and got a good local crowd on the south end, Dixie Highway. … We’re the blue collar area,” Rhodes said. “Good peoples there. So yeah, I do fly under the radar, probably, on the national scene. … But that’s OK. Hey, (I) got championship wings now.”

Rhodes’ 20-minute routine could have been even more memorable, for better or worse.

His journey to the media center had taken him to an at-track bar called The Barn.

The Kentucky native appropriately requested an Old Fashioned from a bartender.

“She didn’t know how to make an Old Fashioned,” Rhodes said. “Unfortunate.”

The @budlight kept flowing last night and I had FUN!! Thanks everyone it was truly special! @AdvilRelief is my new best friend this morning ? #StillAlive #CrazyNight #Champs https://t.co/xQZj2Bd90S