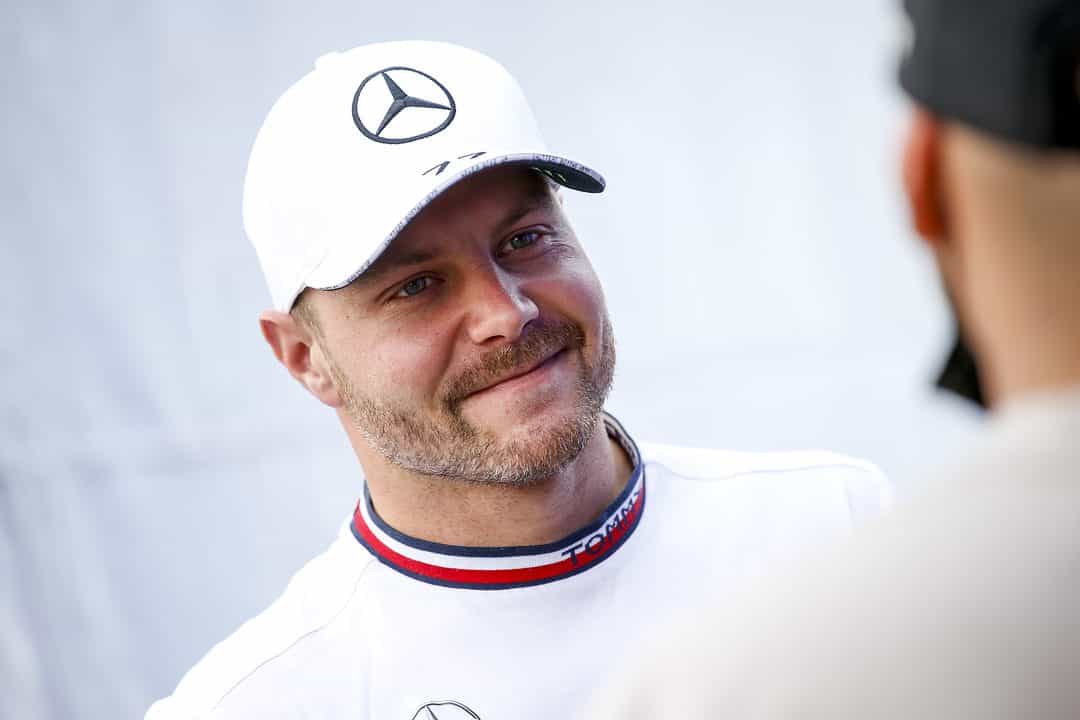 Valtteri Bottas made a statement out of F1’s Mexico City Grand Prix qualifying, placing his Mercedes on pole position while Lewis Hamilton beat Max Verstappen to the other half of the front row.

Sergio Perez’s ill-fated Q3 attempt ended off-track with seconds to go in the session, leaving the hometown hero to start on the second row, in the fourth position.

The Red Bulls’ desperate final push for the front row got off to a respectable start. Verstappen and Perez entered sector two of their final laps less than a second off the pace of Mercedes, with the aero-advantaged Red Bull reasonably capable of making up time on the Silver Arrows through the fast, twisting sector two.

Unfortunately for Verstappen, his teammate was distracted by Yuki Tsunoda running off the track and found himself off track just as well. While Verstappen was never in any serious danger of striking either wayward car in front of him, the momentary distraction cost him a chunk of time and a slipstream he was expecting down the short backstretch leading into the final corners.

Despite being visibly annoyed when exiting his car, Verstappen took the disappointment in stride.

“I was on for a good lap. But then, I don’t know what happened in front of me,” Verstappen explained. “There were two guys going off so I thought there was going to be a yellow flag. So I backed out and of course, the lap was destroyed.”

Ironically, Verstappen’s 2019 push for the pole at Mexico was rendered null after the Dutchman failed to lift through yellow flag conditions triggered by a crash from Bottas.

Meanwhile, Bottas appeared as cool and collected as ever, as though he was unaware of the tear he’s been on as of late.

“It’s great that we have two cars ahead (of Red Bull) and hopefully we can try to keep our positions on lap 1,” said the polesitter.

While Q3 produced the nail-biting rush to the flag we’ve all come to expect, Q1 wasn’t lacking in major scenes either.

In sharp contrast to the festival-like energy emanating from the Autodromo Hermanos Rodriguez, Q1 had been underway for barely five minutes before the action ground to a halt. The red flag was waved after Aston Martin driver Lance Stroll lost control under acceleration and ate a heavy impact to the turn 17 barrier. Fortunately, Stroll walked from his car without issue.

Once the red flag was lifted, Mercedes and Red Bull continued their season-long battle, with Verstappen holding pole for much of the session, while Perez and Hamilton were both off the pace (by their standards). However, as track conditions evolved, Bottas continued his renewed form and took first by the session’s end. Charles Leclerc finished Q1 in second, with Max Verstappen following in third. Pierre Gasly earned an honorable mention by placing his Alpha Tauri in fourth.

Unlike Q1, Q2 went off without a major incident. The most notable development was Mercedes seeming to find their pace, despite much speculation that they’d be facing a pace deficit to Red Bull coming into Saturday.

This time around Hamilton took his turn atop the standings, while Verstappen followed in second, nine one-thousands behind Sir Lewis.

The top 10 starters for the 2021 Mexico City Grand Prix are: