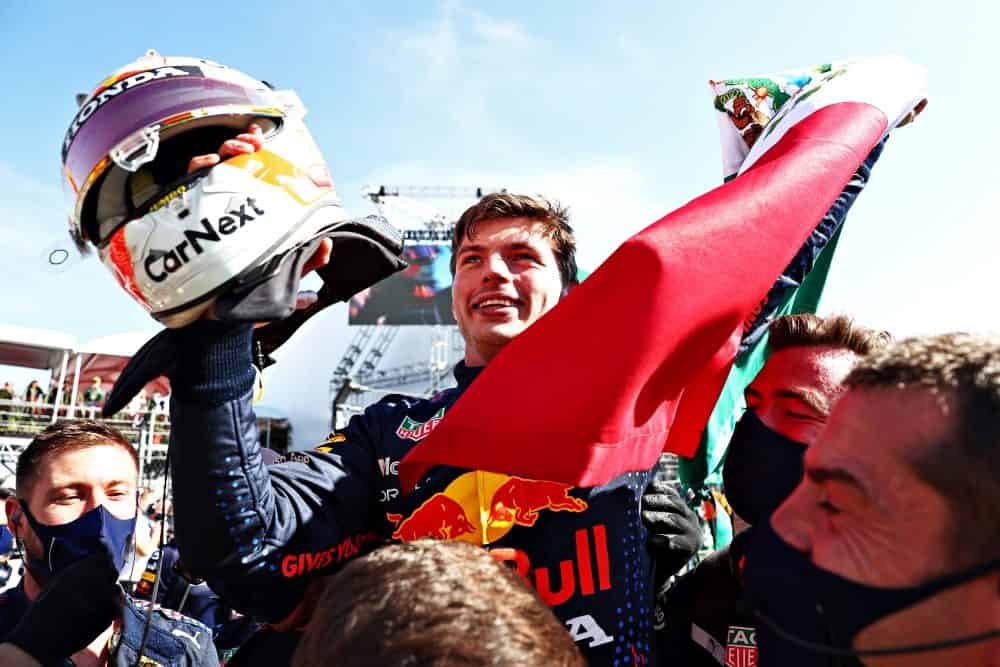 In Formula One’s long-awaited return to Estados Unidos Mexicanos, the action didn’t disappoint in the Mexican Grand Prix. After a wild first lap, Max Verstappen was able to best the field at Autodromo Hermanos Rodriguez to claim win number 10 on the 2021 season and extend his points lead over Lewis Hamilton.

After claiming victory in the U.S. Grand Prix two weeks ago, at Circuit of the Americas in Texas, Verstappen dusted the competition for his third win around the Mexico circuit. Hamilton held off a hard-charging Sergio Perez to come home second, with Perez taking a very popular third in his home country.

Valtteri Bottas recovered from a first-lap spin to finish 15th, earning the fastest lap award of the race in the process. Yuki Tsunoda and Mick Schumacher were the only DNFs.

After the Mercedes duo locked down the front row, a frantic start wiped out their qualifying edge. Verstappen was able to clear both cars heading into turn 1 before disaster struck. Contact from Daniel Ricciardo sent Bottas into a spin, ridding Hamilton of his teammate. Behind them, Esteban Ocon tangled with Tsunoda and Schumacher, taking them both out of the race.

While Bottas, Ricciardo and Ocon contained on, the others weren’t as fortunate.  As the race continued, Verstappen found himself in the clear, checking out to an almost 12-second lead. Hamilton slid back, getting pounced on by Perez to the deafening roars of the hometown crowd.

Hamilton was the first to pull the trigger in the pit cycle, with Verstappen following a few laps later. Red Bull kept Perez out a little longer to try and overtake Hamilton. It didn’t work, although the battle remained hot and heavy between the duo for second place.

Further back, Bottas tried to move up, but he got stuck behind Ricciardo and struggled to pass him. Bottas would stall out, never rising above 12th place, before nabbing the fastest lap twice at race’s end.

In the end, Verstappen ran away with another dominant victory in 2021. He’s now moved ahead of Hamilton by a total of 18 points with four races remaining on the year.

“The fans here, they’ve been incredible,” Verstappen said. “[The start] was all about trying to break as late as you can, and it made my race as I could just focus on myself. Still a long way to go, but of course, it’s looking good.”

Hamilton now has no margin for error if he wants to catch his rival in the standings. However, the Mercedes driver admitted defeat on this day, citing his car’s lack of speed against the Red Bulls.

“Congratulations to Max, their car was fastest this weekend and there wasn’t a lot I could do about it,” Hamilton said. “I gave it everything, a great fight with Sergio at the end. It just shows how fast their car was, he was applying that pressure and just kept going.”

The F1 World Championship will head to the Autodromo Carlos Pace in Sao Paulo, Brazil for the Sao Paulo Grand Prix. Max Verstappen is the defending winner from 2019, while Hamilton has two victories to his name at this track.

Lights out for the Sao Paulo Grand Prix will go out at 12 noon ET. ESPN will carry television coverage in the United States.