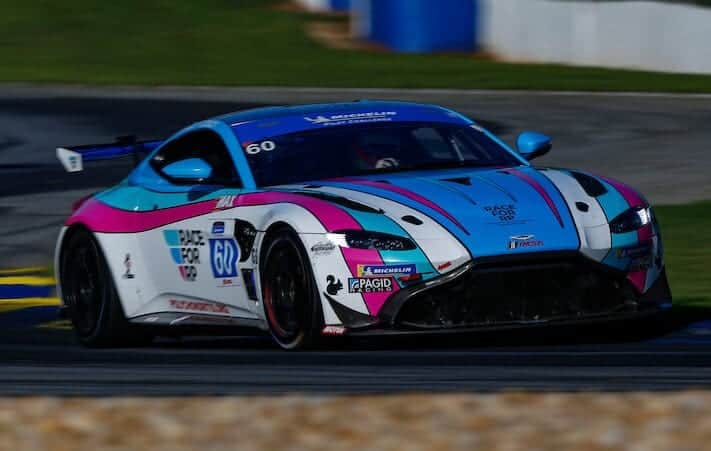 IMSA Michelin Pilot Challenge teams will do battle Friday afternoon (Nov. 12) at Michelin Raceway Road Atlanta to decide champions in the Grand Sport and TCR classes.  40 teams are entered to battle for two hours, an increase of six teams from VIR in October.

In the Grand Sport class, there are 22 teams entered.  A couple of new squads are part of the group.  Forbush Performance will race full-time in the Grand Sport class in 2022.  They have entered one Toyota GR Supra GT4 for Tom Long and Luke Rumburg.  Rumburg previously raced in the TCR class with his family’s team, Rumcastle LLC, in 2018 in a Volkswagen GTI TCR.  Long is a veteran racer, synonymous for many years with Mazda.

Another new entrant is Goldcrest Motorsports, which has entered a Porsche Cayman GT4 MR for Wesley Slimp and Tyler Hoffman.  The team is not necessarily new, but they rarely enter a race using their own name.  Usually, the team helps out other organizations.

Two teams are not entered that raced at VIR.  One is FCP Euro, who had a very tough weekend at VIR after rolling over in qualifying, going to a backup car, then having issues in the race.  The other is Automatic Racing with their Aston Martin.

In TCR, there are a season-high 18 cars entered.  CB Motorsports has brought back their Hyundai Veloster N TCR in addition to the Mercedes-AMG GT4 in the Grand Sport class.  This car will be driven by Caleb Bacon and Cody Shield.  Shield will be making his IMSA Michelin Pilot Challenge debut.

Canadian team TWOth Autosport will make their one and only start of the 2021 season Friday.  Marco Cirone and Travis Hill will share the team’s Audi RS3 LMS Club Sport.  Local squad AOA Racing is back for the first time since Daytona as well.

Atlanta Speedwerks, which is based in nearly Gainesville, Ga., has both of their Honda Civic Type-R TCRs entered, but only three drivers.  Ryan Eversley is currently listed as driving both cars.