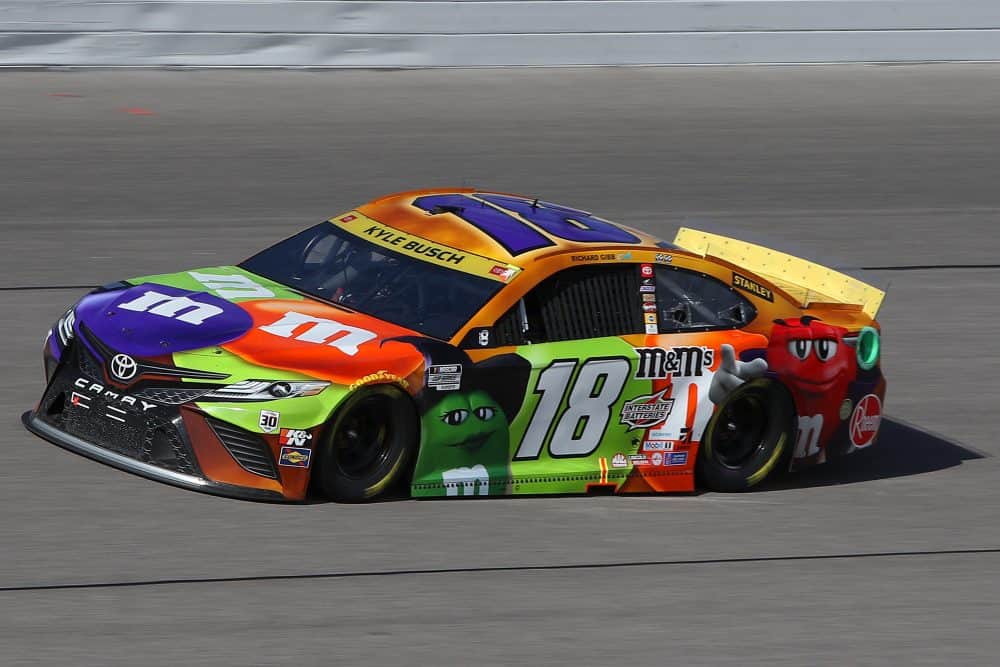 Ben Beshore, crew chief of the No. 18 Joe Gibbs Racing car driven by Kyle Busch, has been suspended from the 2022 Busch Light Clash at the Los Angeles Memorial Coliseum after two lug nuts were found unsecured after the NASCAR Cup Series race at Phoenix Raceway.

In addition to the suspension, Beshore has been fined $20,000 for the infraction.

Five other Cup Series crew chiefs were suspended for lug nut infractions as well including three of the four playoff Championship 4 teams.

Jeremy Bullins and Jonathan Hassler of the Brad Keselowski and Matt DiBenedetto-piloted vehicles were also fined $10,000.

In the Xfinity Series, John Hunter Nemechek and Justin Haley‘s crew chiefs — Chris Gayle and Alex Yontz — were both fined $5,000 for having one improperly installed lug nut as well.

When is NA$CAR going to come up with real deterrents to stop all the penalties for wheel nuts and failing inspection continually?

Never. They instead are getting rid of all but one lug nut. Now if it is loose or improperly installed we will know almost immediately. Lug nut penalties will be like the dinosaurs.

What about Busch series and trucks?

If a lug nut falls from a wheel and nobody’s watching, does it matter?

Depends on the nut that is holding the (steering) wheel!

A single lug nut and composite bodies have the potential to alter cup series in ways that nothing else will.