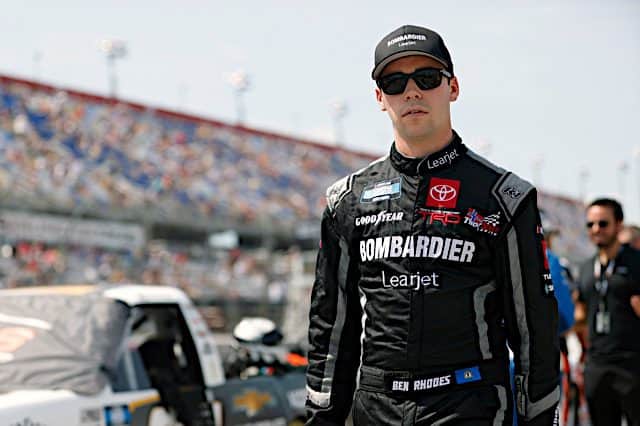 The Louisville, Ky. native has been with ThorSport since 2016 and has five career wins, 41 top fives and 76 top 10s in the Truck Series.

On @SiriusXMNASCAR, Allison Thorson of @ThorSportRacing says that Ben Rhodes and Matt Crafton are back for 2022.

The team will run four trucks, with the other drivers TBA

Crafton, meanwhile, joined Rhodes in the Championship 4 last week and finished fourth in the standings. He earned five top fives and 12 top 10s in 2021.

Overall, the Californian has earned three Truck titles, 15 wins, 130 top fives and 300 top 10s. He’s been with ThorSport since his debut in 2000, except for his tenure with Kevin Harvick Incorporated in 2004.

Crafton will have a different crew chief atop the pit box as Carl “Junior” Joiner is stepping away from the role next year.

Grant Enfinger, who competed part time for the team in 2021, is joining GMS Racing for the 2022 Truck season.

ThorSport will field four trucks in 2022. Other drivers are yet to be named.