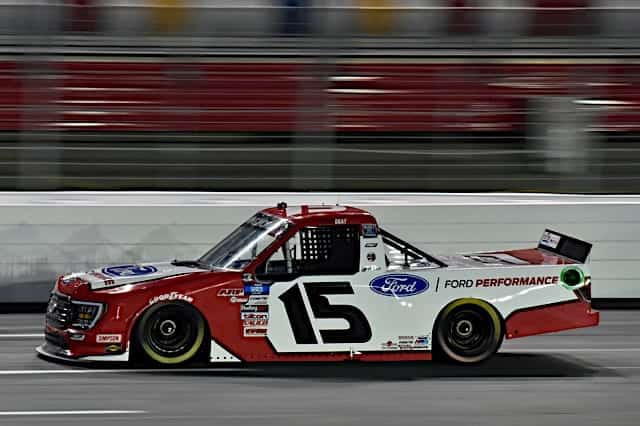 Baxter returns to the Truck Series after spending the last two years in the Cup Series with Richard Petty Motorsports. Erik Jones earned six top 10s under Baxter in 2021. Dave Elenz will lead Jones’ No. 43 team in Cup in 2022.

In Trucks, Baxter led multiple drivers to 16 victories, 59 top fives and 104 top 10s since debuting with Boris Said in 1998 at Sonoma Raceway. In 2019, Baxter was crew chief for Brett Moffitt at GMS Racing when Moffitt earned four wins, 13 top fives and 17 top 10s.

“I’m thrilled to be joining DGR and working with Tanner,” Baxter said in a team release. “Tanner is a great young man and he’s eager to perform well behind the wheel. I’m looking forward to working with him and helping him get to the next level.”

Gray just finished his second full-time season at DGR, snagging one top five and two top 10s in 2021. He had six different crew chiefs in 2021; Shane Wilson led the No. 15 team in the first six events, while Marcus Richmond was crew chief for seven of the final nine races.