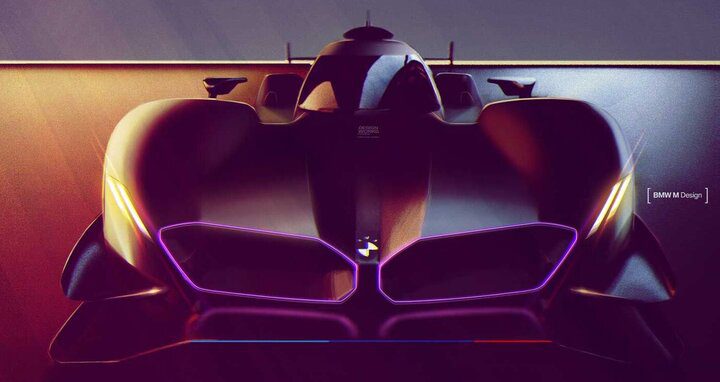 BMW announced Saturday morning (Nov. 13) that it has named Rahal Letterman Lanigan Racing as its team of choice to field two of the manufacturer’s new LMDh prototypes in the IMSA WeatherTech SportsCar Championship starting in the 2023 season. There is currently no physical version of the car, now known as the BMW M LMDh, that will be raced, but there is an official sketch (see above).

“I’m delighted that our LMDh project has reached its next milestone with the announcement of BMW Team RLL as the team to race in the two prototypes,” Franciscus van Meel, CEO of BMW M GmbH stated in a press release. “As with chassis partner Dallara, in team principal Bobby Rahal and his crew we have outstanding expertise and decades of experience at the highest level on our side. The LMDh project continues to gain momentum and I am confident that next year we will once again take all necessary steps as planned to be as well prepared as possible for entering our first IMSA season with the LMDh prototypes in 2023. We are taking on this new challenge together at full speed.”

Rahal Letterman Lanigan Racing’s IMSA division will continue to race under the name BMW Team RLL. Its relation with the Bavarian manufacturer dates back to 2009 in the American Le Mans Series when the team began racing the BMW M3. Rahal’s official comments on this move can be seen in this short clip BMW uploaded to the M division’s YouTube page:

The 2022 season will see development and testing work on the new M LMDh ahead of a public unveiling at a yet unannounced date. That won’t be all that the team will be doing, though.

For 2022, BMW Team RLL will move to the new GTD Pro class and race two brand-new BMW M4 GT3s. One of those cars made some promotional laps Saturday morning at Michelin Raceway Road Atlanta. They are the second operation after Turner Motorsport to announce their intention to run the new car here in the United States.

As of this point, BMW is only the second manufacturer to announce a team for their IMSA LMDh efforts. When Porsche announced their intention to build a prototype to the new LMDh rules, they jointly announced that Team Penske would be involved with the effort both in IMSA and in the FIA World Endurance Championship.

No drivers were announced for either the two BMW M4 GT3s, or for the LMDh testing schedule in 2022. Those announcements will be made at a later date.