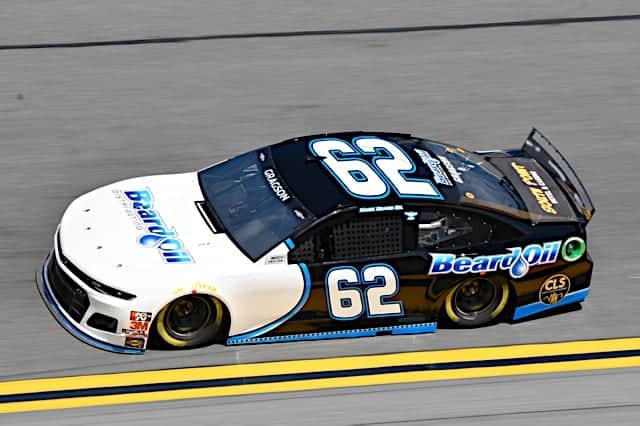 Noah Gragson will attempt to make the Daytona 500 with Beard Motorsports for the second year in a row, the team announced Nov. 16.

Gragson will attempt to qualify Beard’s part-time No. 62 in the season-opening NASCAR Cup Series race next year. He also did so in 2021, failing to get the car into the 40-car field after the Duels.

“I’m so happy to have this opportunity to return to Daytona with Beard Motorsports,” Gragson said in a team release. “It was good to get a taste of Cup racing in last year’s Duel, but it left us all wanting more. We’ve got some unfinished business down there.”

Added team evp Amie Beard: “To say that we can’t wait to get back to Daytona is a massive understatement. From the moment my father founded this race team, we all took a tremendous amount of pride in showing up and performing right alongside the established teams in the sport. Last year didn’t go the way we wanted, but that’s just made us more motivated to return.”

The No. 62 attempted just one race, the Daytona 500, in 2021, after generally running all superspeedway Cup events in previous seasons with Brendan Gaughan, who is now the organization’s vp of racing operations. Team owner Mark Beard died just weeks before the 2021 Daytona 500.

Earlier this year, Beard announced it would attempt all of the superspeedway races in the series in 2022. Its driver for the other starts has not yet been announced.