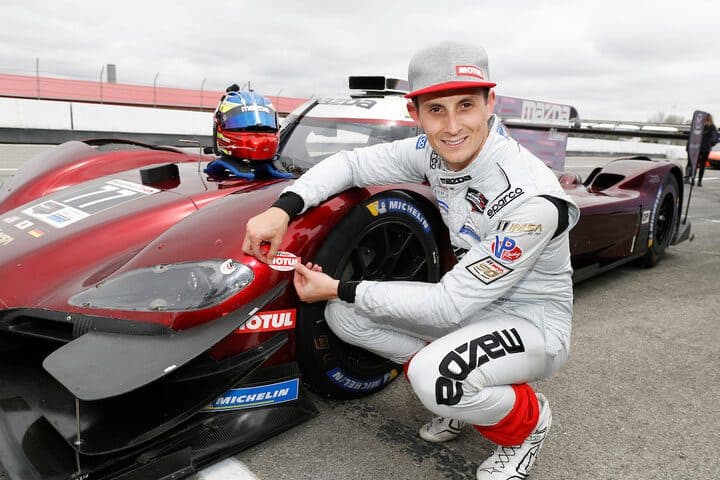 Meyer Shank Racing with Curb-Agajanian announced Tuesday (Nov. 16) that Oliver Jarvis will drive the team’s No. 60 Acura ARX-05 full-time in 2022.  While the team technically didn’t announce who he will be replacing, he is only the first driver that the team has announced for their upcoming final campaign with the ARX-05.

“I am delighted to be joining Meyer Shank Racing for the 2022 IMSA WeatherTech SportsCar championship,” Jarvis stated.  “Having competed against the Acura for many years, and watching it win numerous races and titles, I’m more than aware of how capable it is.  With a new team, there will be lots to learn, but I am certain we will be up to speed quickly and I can’t wait to get on track and start challenging for victories.”

Jarvis comes to the Meyer Shank No. 60 after racing under the Mazda banner for the last four seasons.  In that time, he earned three overall victories, including Saturday night’s Motul Petit Le Mans.  This past season, Jarvis earned two overall victories (Watkins Glen and Michelin Raceway Road Atlanta) and six podium finishes in 10 starts.  That performance was good enough for third in points along with teammate Harry Tincknell.

Prior to his time in the IMSA WeatherTech SportsCar Championship, Jarvis was a factory racer for Audi in the FIA World Endurance Championship.  There, he had five overall victories, including the 2017 24 Hours of Le Mans.  His best finish in LMP1 points was second twice (2016-2017).

The No. 60 team ended up fifth in team point standings in 2021.  Only Dane Cameron ran all 10 races as Olivier Pla was effectively replaced for Road Atlanta by Helio Castroneves.

This is just the first of a series of driver announcements for the Pataskala, Oh.-based race team.  They still have to announce their second full-time driver, their endurance driver, and the fourth driver that will compete in the Rolex 24 at Daytona.