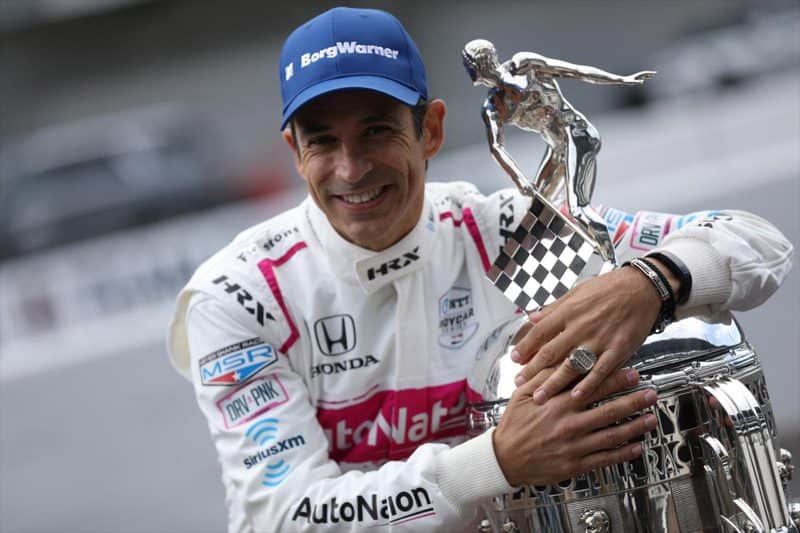 Meyer Shank Racing with Curb-Agajanian announced Thursday (Nov. 18) that Helio Castroneves will be expanding his duties with the Pataskala, Oh.-based organization.  In addition to running full-time in the NTT IndyCar Series for the team, he will serve as the team’s endurance driver in the IMSA WeatherTech SportsCar Championship.  Castroneves will officially replace his 2022 INDYCAR teammate Simon Pagenaud in this role.

“I’m super excited to be a part of Meyer Shank Racing’s IMSA team next year,” Castroneves stated in a press release.  “I really love IMSA racing, so I am very lucky to be able to do both IMSA and IndyCar next year.  I’m looking forward to starting off with Daytona in just two months time now, and it gives me a little extra confidence going into it as the reigning champion.”

Csatroneves brings years of experience in the Acura ARX-05 to his new role.  In this past season, he made two starts for two different teams.  He was the fourth driver at Wayne Taylor Racing in the Rolex 24 at Daytona alongside Filipe Albuquerque, Alexander Rossi and Ricky Taylor.  The team combined to lead 337 of 807 laps to claim the overall victory.

Last weekend, Castroneves was named to drive Shank’s No. 60 Acura as the second driver, replacing full-time driver Olivier Pla.  Along with teammates Dane Cameron and Juan Pablo Montoya, Castroneves ran very competitively during the race.  The team had a chance to win before contact put them behind the wall late.

In addition to his IMSA races, Castroneves ran a part-time schedule for Shank in the NTT IndyCar Series.  The absolute highlight of the season was Castroneves snatching his fourth Indianapolis 500 victory, which elevated Castroneves into the pantheon of Indianapolis drivers (Al Unser, A.J. Foyt and Rick Mears) to score four triumphs.  Aside from Indianapolis and a top 10 finish in Nashville, the rest of the schedule was a downer for the veteran.

Prior to 2021, Castroneves raced the Acura Team Penske ARX-05 No. 7 full-time with Taylor from 2018-2020.  In that time, Castroneves earned five overall victories, 12 podium finishes and won the championship in 2020.

There are no direct clashes between the IMSA WeatherTech SportsCar Championship’s Michelin Endurance Cup races and the NTT IndyCar Series, but there is one situation that bears watching.  The Mobil 1 12 Hours of Sebring is the same weekend as the Genesys 300 at Texas Motor Speedway.  The 12-hour is a Saturday race, while the 300-mile race at Texas is a Sunday afternoon affair, but Castroneves would likely miss both practice and qualifying to race at Sebring, then come into Texas quite tired.

Meyer Shank Racing with Curb-Agajanian has one remaining driver slot for the 2022 season available, that being the fourth driver for the Rolex 24 at Daytona.  That driver will be announced in the near future.