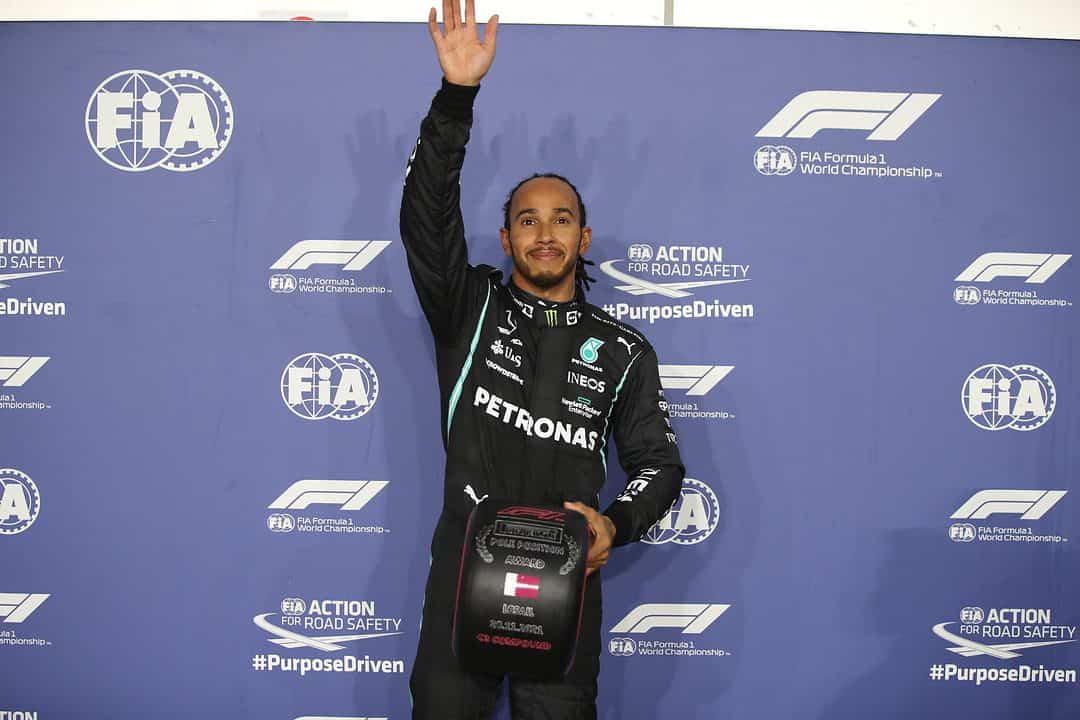 Hamilton was quick to admit that his confidence wasn’t at a pole position level from the start of the weekend. “We really struggled through practice, and I was just off yesterday,” Hamilton. “so [I] really had to dig deep. I was here until midnight last night working with the engineers.”

Pierre Gasly once again placed his Alpha Tauri in fourth place, continuing a massive season in terms of qualifying results.

Gasly looked as though he would inadvertently cut Q3 short when his Alpha Tauri slowed to a crawl on the frontstretch as Verstappen and Bottas made their final flying laps.

The curbs around the Losail International Circuit have been a talking point, as they range from barely noticeable bumps to floor-damaging mounds. Coming out of the circuit’s very quick turn 15, Gasly’s front wing broke and left the Frenchman with a right front puncture. Fortunately for Verstappen and Bottas, race control felt Gasly being off the racing line meant no yellow flags were needed and the two were able to finish their laps without lifting.

Despite being able to finish his lap without lifting, Verstappen still finished the session almost half a second down on Hamilton, after barely keeping pace with the Mercedes through all three sessions.

Verstappen was candid about the reality of his situation, saying the Red Bull was “just lacking a bit of pace.”

“I mean, Checo’s not even in Q3 which just shows that we are struggling a bit more than normal,” he admitted. “We just need to work on our start and we’ll see where we end up.”

As Verstappen noted, Q2 produced one of the most critical developments of the season when Sergio Perez, running on the softest available tire compound, was eliminated from qualifying. The Mexican’s best lap only warranted an 11th-place classification.

Perez’s first lap was delayed due to stewards performing a rare check of the Red Bull’s rear wing opening after the session had begun. Nothing detrimental came from this check.

Critically, Perez will be far away from the action when the lights go out on Sunday. Red Bull strategists will be working overtime to determine how Checo can lend some help to his teammate in the race.

Charles Leclerc also struggled for pace throughout both Q1 and Q2, and could only manage a 13th-place run. “I have no idea what is going on,” Leclerc said over the team radio.

The first round of qualifying quickly demonstrated the significance of track limits at Losail as drivers worked hard to avoid finding themselves on top of the more unforgiving curbs found around the circuit. Traffic became a major factor toward the end of the session as well, with a queue of 12+ cars forming at turn 16 with less than 90 seconds remaining in the session.

Bad luck continued to plague Nikita Mazepin from the get-go. Mazepin missed the second practice session on Friday due to a chassis swap, and managed to get all of 50 yards past the pit exit at the start of Saturday’s FP3 before his Haas lost power and demanded an engine change.

On the Russian’s first run in qualifying, his front wing collapsed due to a mechanical failure. Mazepin finished Q1 in 20th place, over two full seconds behind his 19th-placed teammate Mick Schumacher.

The starting grid is as follows: