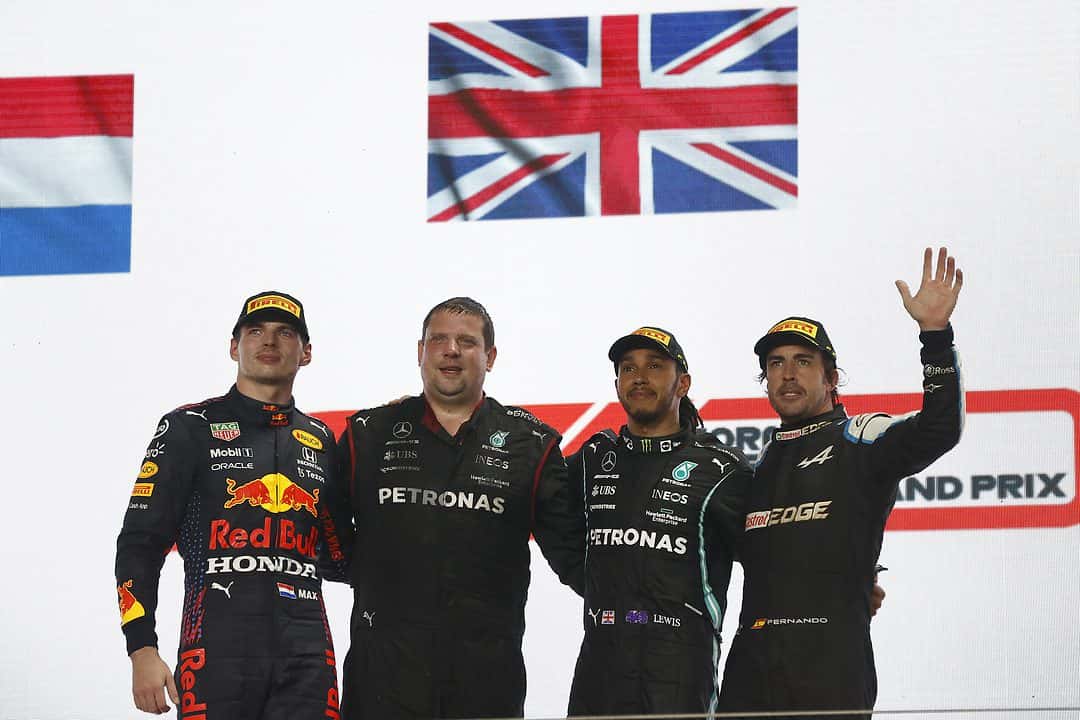 More than 100 races after his last visit to the podium, Fernando Alonso and Alpine gambled on tyre strategy in Qatar to take home a third-place finish.

Despite the magnitude of the result for Alonso and Alpine, he admitted he had been aiming even higher. “Finally we got it!” Alonso said. “Honestly, I thought to be leading after lap 1. I thought with the red tyre I could have a go at Lewis.

“We planned one stop from the beginning, but we never knew how bad was the wear and the degradation. It was a new race for everybody .. I was waiting so long for this, so I’m happy.”

Alonso was promoted to a third-place starting position after both Valtteri Bottas and Max Verstappen received grid penalties for ignoring poorly communicated yellow flags in Q3 on Saturday. This meant Alonso was starting on the second row, the first car on soft tyres. When the lights went out the Spanish driver nearly jumped Pierre Gasly for second place but was unable to pull off a move on the Alpha Tauri once Gasly picked up Hamilton’s slipstream.

As the checkered flag drew closer, Alonso’s podium came under threat from both Sergio Perez and his own tyre strategy. After observing lower than anticipated tyre wear through the practice sessions several teams opted for a one-stop strategy in the race. However, for a time this looked to be a costly error of judgment.

On lap 33 Bottas picked up a sudden left-front puncture, incurring damage that eventually forced Mercedes to retire the Finnish driver on lap 51. Within the final 10 laps, George Russell, Lando Norris and Nicholas Latifi all picked up front left punctures as well.

As a result Alonso was instructed by Alpine to take good care of his tyres as the laps counted down. In particular, the team wanted their car kept off of the high-speed curbs, especially as the secondary curbs had been wreaking havoc on cars through practice and qualifying.

Alonso’s saving grace came in the form of Latifi being unable to make it back to the pits after his puncture, instead electing to park on a safety road near turn 10. Due to marshals needing to enter the track area to retrieve Latifi’s car, the virtual safety car was deployed, slowing everyone down by 40%.

Traveling at reduced speeds gifted Alonso an opportunity to nurse his tyres for an extra lap and a half, while simultaneously breaking Perez’s momentum. After taking a breath under VSC conditions Alonso was able to maintain position on the final lap and secure his first podium since Hungary in 2014, a grand total of 105 races between podium finishes.

Alpine’s form has been consistent as of late and the team already secured its first win under crazy circumstances in Hungary earlier this year. At the time of writing, Alonso is under contract with Alpine for the 2022 season. Depending on how the team adapts to next year’s regulation changes, more podiums and possibly more wins are not out of the question by any means. Alonso clearly has the form for it.