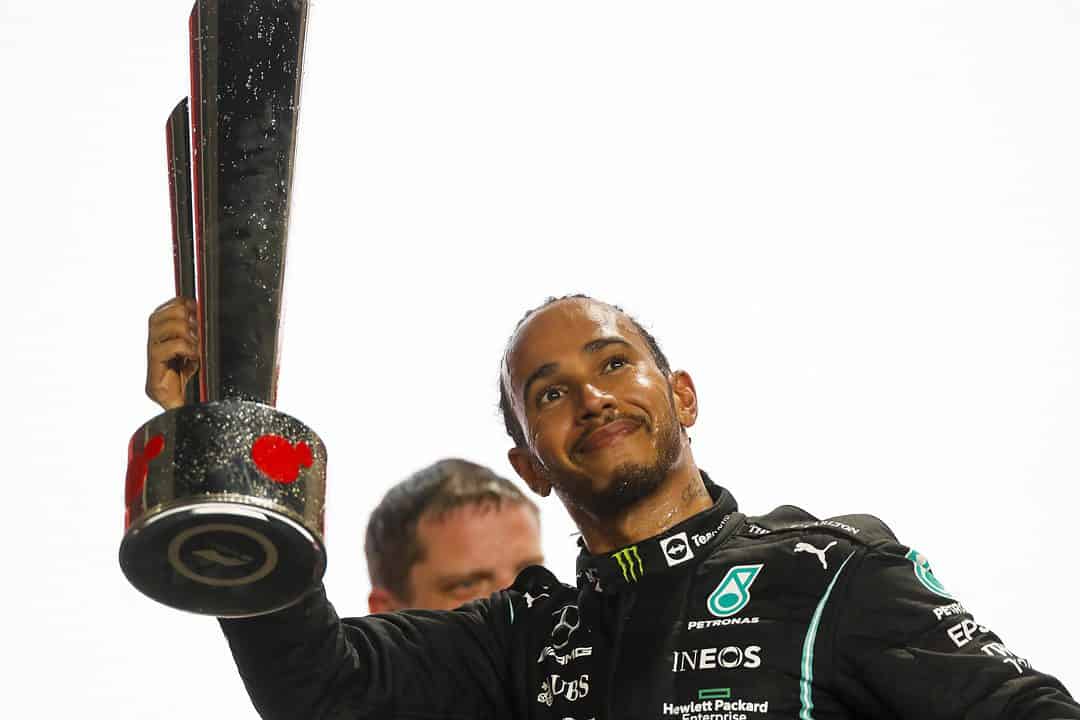 For the first time in 2021, Formula 1 visited a brand new country and Lewis Hamilton did what he does best: win.

Having won the last three races at new circuits, Hamilton dominated for his 102nd career victory and seventh on the season. Taking pole in Saturday’s qualifying session, the British driver faced some good fortune when rival Max Verstappen was forced to start seventh after a yellow flag violation in Q3.

Verstappen made quick work cutting through the field on the first lap, needing only five laps to get up to second. Netting the fastest lap of the race, the Dutchman holds a small eight-point advantage over Hamilton heading into Jeddah.

For the first time since Hungary in 2014, Fernando Alonso stood on the podium. While his last time was with Ferrari, Alonso last stood on the podium for Alpine back in 2009. Coming home in a brilliant third using the VSC to keep ahead of Sergio Perez, the Mexican pilot threw a lot at Alonso but it wasn’t enough.

Valtteri Bottas retired from the race after damage sustained from a front wing failure, with Nicholas Latifi retiring shortly after from a front tire failure that left the Canadian stranded in the gravel.

With Verstappen and Bottas starting down the order, it gave Pierre Gasly a second-place starting position for the first time in his career. When the light went out, Alonso and Gasly fancied a go at Hamilton but couldn’t make it stick. Meanwhile, Verstappen cut his way through the pack and within five laps was far clear into second place.

Red Bull pulled the trigger first on lap 18, pitting Verstappen for hard tyres wanting to commit to a two-stop strategy. Hamilton came in shortly after, with the pace of his Mercedes allowing him to come out with a 10-second lead.

With Verstappen and Hamilton running next to identical times, Hamilton’s clean air allowed him to maintain his gap even after Verstappen took a few seconds at the beginning of the run.

After a qualifying incident involving Gasly caused concern for the curbing damaging the front wings, four drivers would suffer issues on the curbs. First was Bottas, who punctured a tire and broke the front wing. Then Norris suffered a puncture but the McLaren driver recovered for a points finish. The final incident came with two laps to go when Latifi and George Russell both blew tyres within a few laps of each other.

Russell and Norris continued on, while Bottas and Latifi retired from the race.

In the end, nobody had anything for Hamilton who stormed to a commanding win in F1’s first-ever trip to the Losail International Circuit.

“We needed those points today,” Hamilton said. “I can’t wait to watch the race replay to find out what happened behind me. I’m really grateful for these points, it’s been a hell of a year. Back to back wins here, feel good, I feel fit, fitter than I’ve ever felt. Bring on the next two!”

For Verstappen, the name of the game was damage control. With an incredible drive in Russia, coming from last to finish second, Verstappen drove another brilliant race to recover what could have been a disaster after his penalty.

“Our starting position was compromised, but luckily we had a really good start,” Verstappen said. “Of course, I know it’s going to be difficult to the end but it keeps it nice, keeps it exciting. This track was fun to drive as well. I feel good, but it’s going to be a tight battle to the end.”

However, the driver that will party the hardest tonight will no doubt be Alpine’s Alonso. Netting his 98th career podium, and his first since 2014 with Ferrari, Alonso becomes the 13th different driver to score a podium in 2021.

“Unbelievable, seven years! Finally, we got it, ” Alonso said. “Honestly I thought to be leading after lap 1, on the red tire I wanted to have a go at Lewis. We tried one stop from the beginning but we didn’t know the [tyre] wear at a new venue for everybody. The car was superb and [the team] deserve it. I’ve waited so long for this, so I’m very happy.”

For the second race in a row, F1 will visit a new track in a new county. The Kingdom of Saudi Arabia will welcome the drivers to the Jeddah Corniche Circuit in the beautiful city of Jeddah, for the inaugural Saudi Arabian Grand Prix. With each driver coming into the weekend completely blind, look for the circuit to produce lots of high-speed action.

A close look needs to be made at the Mercedes. He was in a different level of competition compared to ALL of the others. Red Bull couldn’t even keep pace. 30 second lead at the end of the race? Ridiculous.