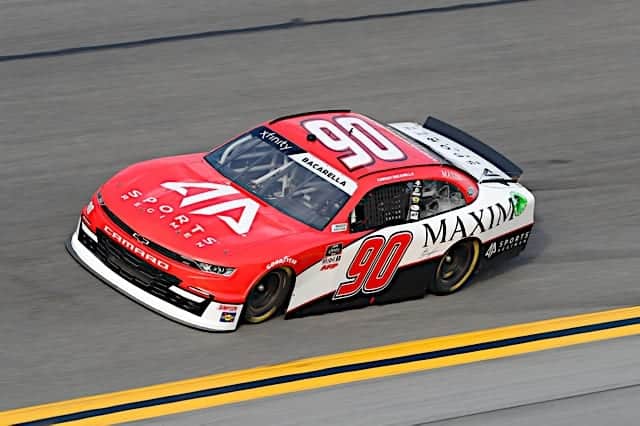 Harmon lost 75 driver and owner points for violating a section of the NASCAR rule book pertaining to vehicle testing. Additionally, crew chief Ryan Bell was fined $50,000 and has been suspended for the next six events.

Harmon operates Mike Harmon Racing, which fielded the Nos. 47 and 74 in the Xfinity Series in 2021. The team tested at Rockingham Speedway earlier this month.

Meanwhile, Bacarella was suspended for violating NASCAR’s substance abuse policy. A driver in the series since 2017, most recently for DGM Racing, Bacarella is also a co-owner of Alpha Prime Racing with Tommy Joe Martins starting in 2022.

In a statement, Martins said Bacarella took a workout supplement unaware it was on the sport’s banned substance list and has enrolled in NASCAR’s Road to Recovery program.

I’m sure this charity event and work out supplement will not increase the success of these two competitors. More NA$CAR BS stickin’ to the little guy.