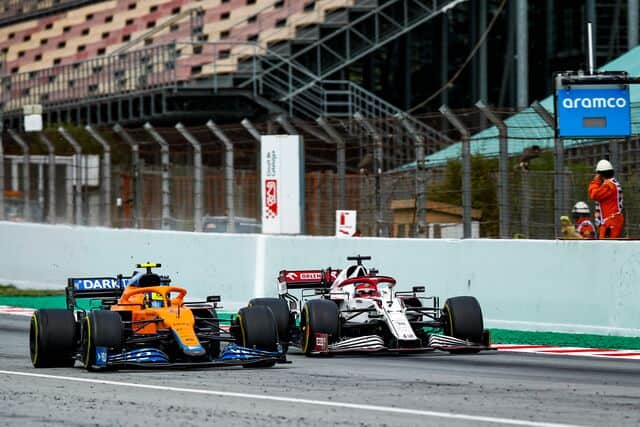 There are two races to go in the 2021 season, with the championship battle between Lewis Hamilton and Max Verstappen set to go down to the wire, but while fans are still on the edge of the seat over the outcome of this year’s title fight, this week also saw Formula 1 make a major announcement regarding the sportʻs future. On Friday, F1 released a statement confirming that the Circuit de Barcelona-Catalunya—which has hosted the Spanish Grand Prix since 1991—will retain its place on the calendar until 2026.

This means there will be at least five more Spanish Grands Prix held in Barcelona, a track that has also been the host of pre-season testing over the past several years. While Circuit de Barcelona-Catalunya is a beautiful track set into the rolling hills outside one of Spain’s most vibrant cities and is a joy to drive, it has not produced very exciting racing in recent memory. This aspect is partly a result of the absurdly high number of miles that the drivers rack up around the track throughout testing. The result is that when teams show up, they already bring with them extensive knowledge of their expected qualifying and race pace and what setup best suits the circuit, so the grid order is almost predetermined before the weekend gets underway.

The track has also produced dull racing as of late because modern F1 cars seem to have an inability to follow each other closely due to the dirty air generated by the complex winglets and aerodynamic doodads. While the Circuit de Barcelona-Catalunya has a couple of sizable straights, the corners that precede them—particularly the super-slow chicane just before the front straight—make it difficult to stay close enough to the car ahead to get a good run down the straightaway. Hopefully, this issue will be alleviated by the new aerodynamic regulations for next year, but the success of those regulations is still unknown.

Luckily, F1 says that the deal includes improvements being made to both the track and the facilities before the 2022 Spanish Grand Prix next May, including upgrades that will better the track’s environmental impact. The track changes, coupled with the new aerodynamic regulations could allow Barcelona to become a track that hosts enthralling races. If all goes to plan, it does, because under the current rules F1’s decision to stick with Barcelona for five more years looks like a promise of five more sleep-inducing races.

In other news this week, Haas announced that Robert Shwartzman, who currently drives for Prema in Formula 2, will pilot the VF-21 during the Young Driver Test at Abu Dhabi’s Yas Marina Circuit after the season concludes there in two weeks time. The 22-year-old Russian driver is a member of the Ferrari Driver Academy, and presumably is getting the chance to test F1 machinery thanks to Haas’ ties to Ferrari, using the Italian giant’s engines along with several other parts on the VF-21.

While it is often hard for fans and media to glean a ton from a young driver test, the opportunity with Haas will be a chance for Shwartzman to prove himself to both the bosses of Haas as well as the Ferrari F1 program. After winning the FIA Formula 3 championship in 2019—dominating with three wins and seven other podiums—Shwartzman has stalled out a bit in Formula 2 and needs a strong finish to the F3 season and an impressive test to keep his hopes of reaching F1 alive.

Shwartzman had a promising start during the 2020 Formula 2 season, finishing third in his debut race in Austria and winning the next two feature races, one in Austria and the second in Hungary. While he still managed to finish the season in fourth—collecting two more wins—he only managed one other podium, a second place in the feature race at Barcelona-Catalunya, and struggled with consistency. Meantime, Mick Schumacher, also a Ferrari Academy driver, dashed away with the Formula 2 title and earned himself a Formula 1 seat for 2021.

Now in his second year in Formula 2, Shwartzman is having to fight for his future on the F1 ladder. After a slow start to the year, the young Russian has collected two wins and three third-place finishes, putting him third in the standings. While these are solid results, Shwartzman is behind rookie Oscar Piastri, which is not a good look for the more experienced Russian, and Guanyu Zhou, who managed to secure the final available F1 race seat with Alfa Romeo for 2022.

Shwartzman sits about forty points behind Piastri in the championship with six races to go (at the final two F1 race weekends), and while a championship is not impossible, it will be difficult for him to catch the Australian rookie. And with Shwartzman already in his second year of Formula 2 and no open seats in F1 for next year, his future really hinges on the final races of the season and his test in the Haas. If Shwartzman can finish strong and impress in his test, the Russian might be able to earn a reserve driver role for 2022, which he could then try to leverage into an F1 seat for 2023. Regardless, given the crowded nature of the F1, F2, and F3 grids, Shwartzman has his work cut out for him if he still hopes to reach the pinnacle of motorsport.