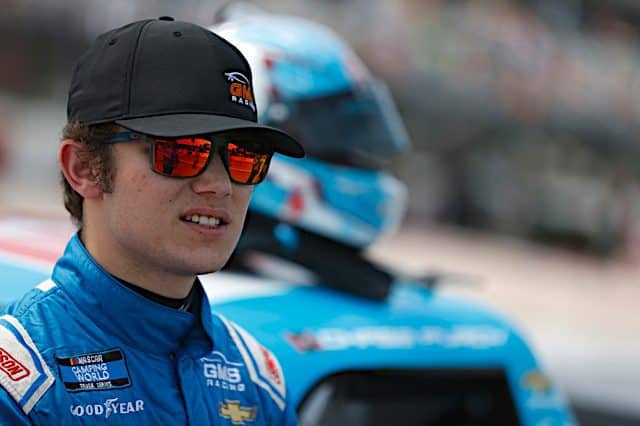 Purdy will drive the No. 61 for the organization, and sponsor BAMA Buggies will follow Purdy to the team.

“I couldn’t be more excited to join the HRE team,” Purdy said in a team release. “They have consistently won races and been a weekly contender for the last several years. I’m looking forward to the opportunity to race with this group in 2022.”

Added owner Shigeaki Hattori: “Chase has shown a lot of potential and we’re happy to have him join HRE. He has won some big races in his career and has the ability to be successful with our team. We’re looking forward to putting the right people around him and have Chase up front on a weekly basis.”

The release did not specify if the No. 61 is the renumbered No. 16 HRE has fielded in the past or if the organization plans to field two trucks in 2022, with the No. 16 returning alongside the No. 61.

In 2021, HRE contested the season with Austin Hill behind the wheel of the No. 16, earning two wins, eight top fives and 15 top 10s. Hill has moved to Richard Childress Racing in the NASCAR Xfinity Series for 2022.

HRE also fielded the No. 61 in a part-time effort in the Xfinity Series the past few years; news on an Xfinity entry for 2022 have not yet been announced.