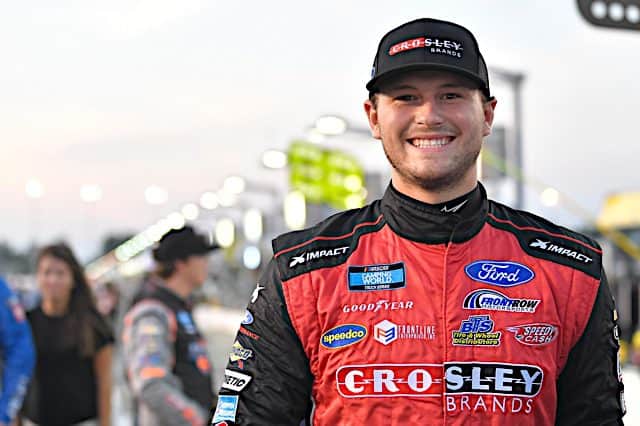 Todd Gilliland will move to the NASCAR Cup Series with Front Row Motorsports in 2022, the team announced Nov. 30.

Gilliland will compete in FRM’s No. 38, becoming the third rookie in a row in the seat, following Anthony Alfredo in 2021 and John Hunter Nemechek in 2020.

He moves up from FRM’s No. 38 ride in the NASCAR Camping World Truck Series, which will be driven in 2022 by Zane Smith.

FRM’s lineup is completed by the return of defending Daytona 500 winner Michael McDowell in the Cup No. 34.

“I feel like I’ve found a home at FRM,” Gilliland said in a team release. “I’ve been around the team when I was growing up and watching my dad race. I joined the truck team here and it has been a good place for my career. I can’t wait to step up into the NASCAR Cup Series. I know the challenges ahead, but I’m planning to be here and help grow with this team for a long time.”

Added Smith: “I competed against Front Row for wins this past season and I know how competitive the team is. [Team owner] Bob Jenkins has given me a wonderful opportunity to race for the Truck Series championship again. More importantly, there is an opportunity to grow with them in the future.”

Gilliland, Alfredo, flip a coin who is the worst.