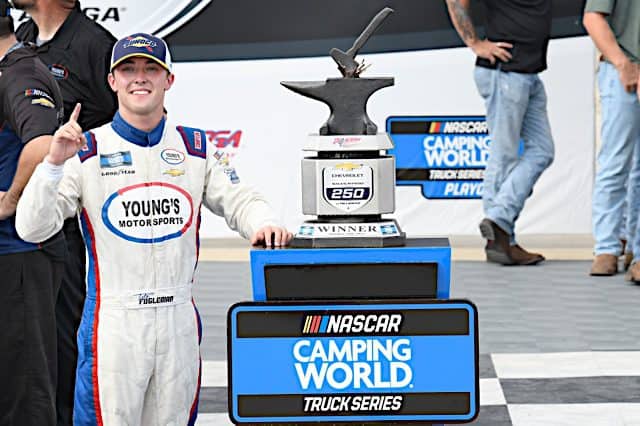 Tate Fogleman will drive the No. 30 for On Point Motorsports in the NASCAR Camping World Truck Series in 2022, On Point announced Nov. 30.

Fogleman joins On Point from Young’s Motorsports, for whom he drove the No. 12 full time in 2021.

“I’m looking forward to being with On Point Motorsports,” Fogleman said in a team release. “I know everybody that works here is dedicated to racing just like I am. They’re willing to work hard and use their resources, and they’ve had success in the previous season. I’m hoping to build on that.”

The departing Bohn has not yet announced his plans for 2022, nor has Young’s, which fielded three full-time trucks in 2021.