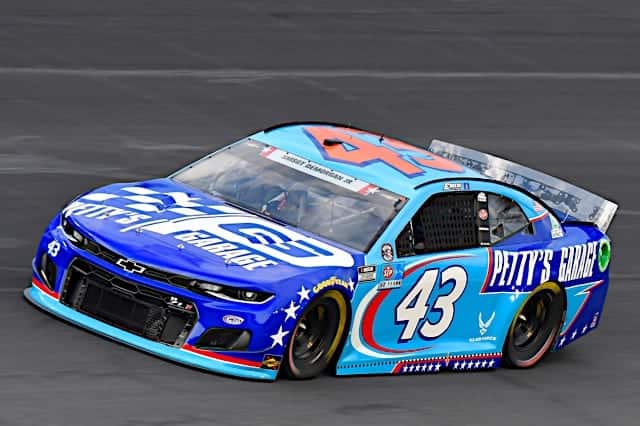 Richard Petty Motorsports announced Wednesday (Dec. 1) that it has agreed to sell majority interest of the team to Maury Gallagher, the owner of GMS Racing.

The selling of the team includes two charters, one that was leased Rick Ware Racing and the No. 43 charter, which will be used to field two cars in the 2022 NASCAR Cup season.

Ty Dillon is set to pilot the No. 94 Chevrolet. Erik Jones is set for his second season in the No. 43 Chevy.

“This is a special moment for both organizations, as the Next Gen car allows a new chapter to be written,” RPM said in a statement released on social media.

GMS Racing, which has primarily competed in the Truck Series since 2013, will compete in Cup for the first time in 2022.

Earlier this year, GMS Racing President Mike Beam lamented the difficulty GMS Racing had in acquiring a charter. The main obstacle was a shifting target on the price.

“I’ve done a lot of things in my career, as far as negotiating stuff, and that has been a challenge. It’s the damnedest thing I’ve ever seen in my life,” Beam said. “I’ll say, ‘Where the hell did you get that number from? You just wake up this morning, ride down the road, you see $15 – 20 million on that sign, go ‘Really? You know what, that looks like what I’ll offer today.’ … In the end the way we are approaching it is, you can lease it, but besides the Daytona 500 guaranteed (starting spot)… we would take that lease money and pay towards performance, right? So it’s a slippery slope here.”

Ultimately, GMS took the route of Trackhouse Racing, buying control of an existing team to get charters. Trackhouse bought the NASCAR assets of Chip Ganassi Racing in late June.

RPM was owned by Medallion Financial Corp. before the GMS acquisition.

I’m glad to see Richard Petty still has a steady income.
What about the son, Spencer Gallagher? Does he have any input in GMS? I thought he retired to run his daddy’s team.