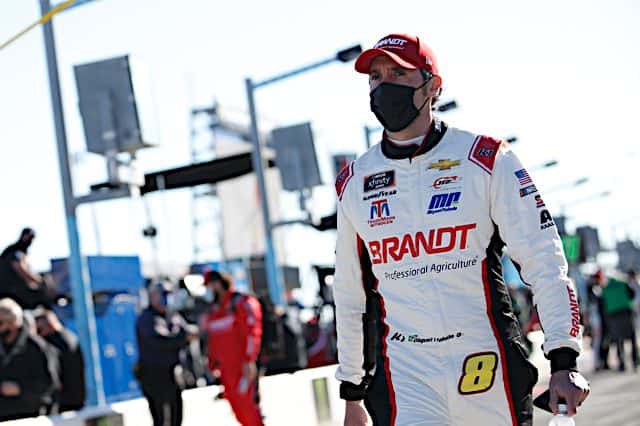 Miguel Paludo is back with JR Motorsports in a part-time role in the NASCAR Xfinity Series in 2022, JRM announced Dec. 1.

Paludo will drive the No. 88 in three races in 2022, at Circuit of the Americas, Road America and the Indianapolis Motor Speedway road course.

BRANDT will sponsor the effort.

“We are back for 2022!” Paludo said in a release. “Last year proved to me that JRM has the best team in the NASCAR Xfinity Series and I can’t wait to get back to the track with this group, especially now that we will have the opportunity to practice and qualify this season. I am very excited to again represent BRANDT and Brazilian agriculture on three of America’s most exciting tracks.”

Paludo is the second driver to be confirmed for JRM’s No. 88 in 2022. Team owner Dale Earnhardt Jr. will drive the car at Martinsville Speedway.

It’s not currently known if the No. 88 will be fielded outside of the four announced races.

In 2021, Paludo returned to Xfinity for the first time since 2012, driving JRM’s No. 8 in three starts. He earned one top 10, a seventh-place run at the Daytona International Speedway road course.