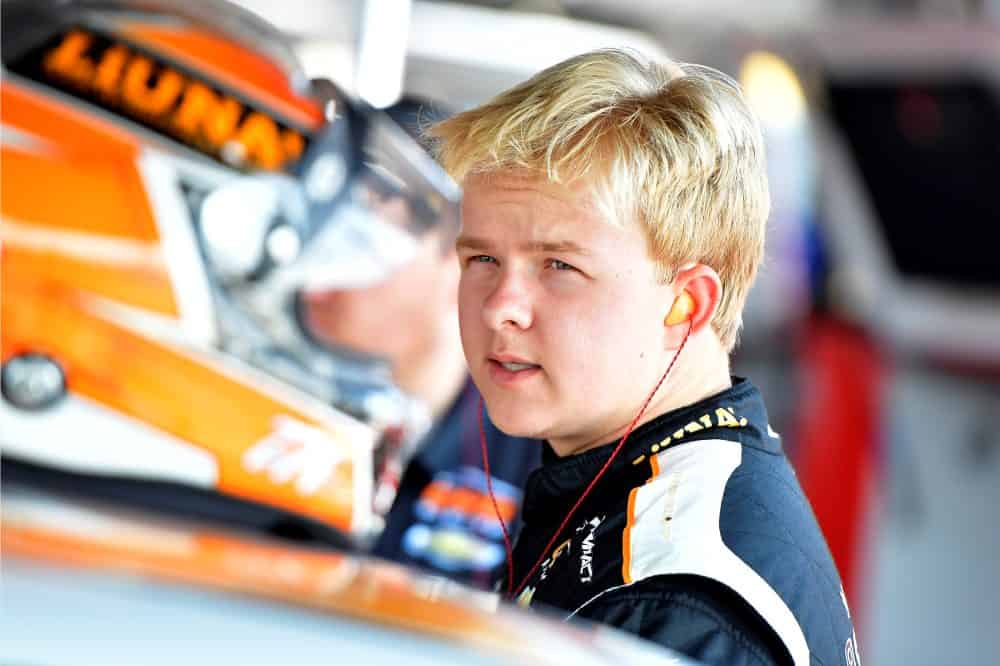 Tyler Ankrum will drive the No. 16 for Hattori Racing Enterprises in the NASCAR Camping World Truck Series in 2022, HRE announced Dec. 1.

With the addition of both Ankrum and Purdy, HRE will field two full-time trucks in the series for the first time.

“This is a great opportunity to join a tight-knit team with a really strong foundation,” Ankrum said in a team release. “I couldn’t be more excited to join HRE and return to the Toyota family. To be able to work with Scott Zipadelli and his team on the LIUNA Toyota Tundra TRD Pro is a big opportunity for me. I want to get back to victory lane, be a threat in the playoffs, and continue this team’s winning ways. I think we can do that together and I’m looking forward to putting in the work to make that happen.”

“Tyler has been through the playoffs and has a lot of Camping World Trucks experience,” team owner Shigeaki Hattori added. “Scott and our entire team have been successful the last several years and we’re looking forward to seeing Tyler rejoin team Toyota. We want to get him back to victory lane and be a strong playoff contender.”

Ankrum replaces Austin Hill in the No. 16; Hill moves to Richard Childress Racing in the NASCAR Xfinity Series in 2022.