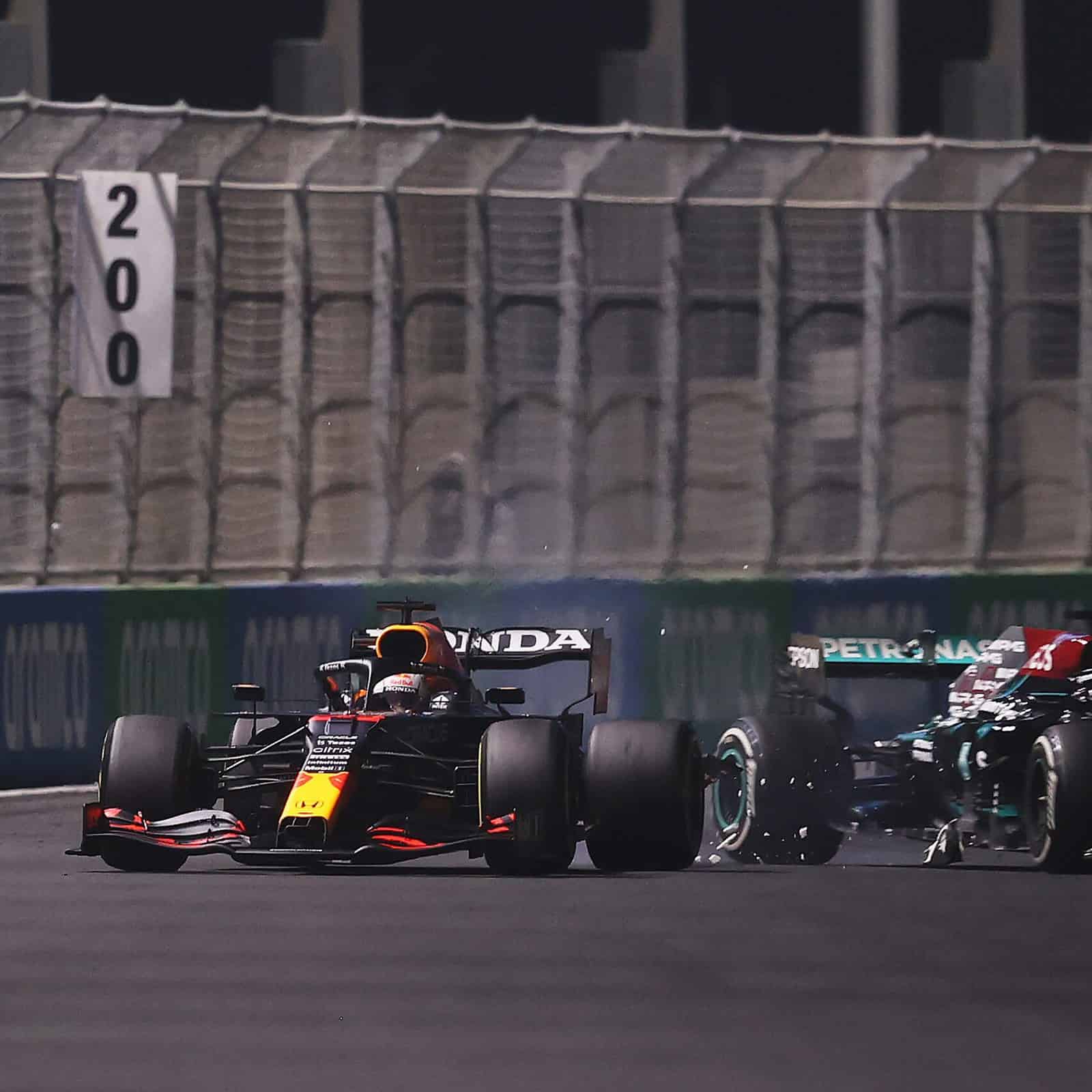 For only the second time in the history of Formula 1, the championship contenders will enter the final round of the season level on points. The points total for both drivers, after 21 races, sits at 369.5. Whoever finishes ahead of the other in Abu Dhabi will be the champion.

While Abu Dhabi will bring its own story, the Saudi Arabian GP came as a confusing chapter in this season’s story.  Say what you want about the stewarding of the Saudi Arabian Grand Prix, the driving, the drivers, or Christian Horner and Toto Wolff yapping. You’re witnessing history either way.

Tension has been running high between Red Bull and Mercedes for much of the season and it seemed to hit its peak in Brazil when title rivals Max Verstappen and Lewis Hamilton came together in turn four. Some rear wing controversy aside, Qatar was a relatively tame weekend and a much-needed uptick in performance for Hamilton.

To this point, neither Hamilton nor Verstappen seemed to be showing much of the pressure of this year’s historically close title fight. Throw in a hot night in Saudi Arabia and blood seems to finally be boiling.

There is potential that the perfect storm may be brewing for a controversial end to the season.

On lap 37 of the 50 lap race, the two championship protagonists collided for the fourth time this year–albeit in one of the most unusual circumstances imaginable.

At the start of that lap, Hamilton had challenged Verstappen around the outside into turn one but was unable to complete the pass after the Dutchman lost the rear under braking and slid past Hamilton to retain the position.  The problem, Verstappen went off the track in his effort to maintain the lead.

Coming to the end of the lap, Verstappen was informed that he needed to cede the position to Hamilton and promptly applied the brakes on the run-up to turn 27.

Hamilton, however, didn’t overtake Verstappen and moved out from behind the Red Bull a second too late, after spending a solid five seconds off the throttle, staying in Verstappen’s shadow down the straight.

Noticing that the Mercedes had hit his left rear, Verstappen bolted, presumably feeling he had fulfilled his duty to give Hamilton a fair shot at the position.

“He’s just brake tested me,” Hamilton shouted to his team.

Immediately, speculation began regarding if Hamilton had been informed that Verstappen was supposed to give back the position, which Mercedes’ later communication with Michael Massi suggested was not the case. Mercedes Sporting Director Ron Meadows made the team’s confusion and frustration clear to race control.

“No, no, no, you told me as it happened,” Meadows lamented.

On lap 42, Verstappen allowed Hamilton by successfully on the entry to turn 27, and immediately retook the position under braking, also helping himself to some available DRS assistance in the process.

The very next lap, Hamilton overtook Verstappen going into 27 once again and ran Verstappen slightly wide in the process. Radio communication left it unclear whether Verstappen was allowing Hamilton by to avoid a penalty, or if Hamilton had completed the overtake on merit alone.

Regardless, Hamilton cleared Verstappen, leaving him out of sight, and cruised home with a nearly 12-second gap.

Verstappen, in the meantime, picked up a five-second time penalty for leaving the track and gaining an advantage earlier in the evening. Race control decided the lap 37 incident would be reviewed after the race.

The significance of all this?

Neither driver is likely to feel they are in the wrong in this matter. Coming to Abu Dhabi, they are level on points, with Verstappen taking the tiebreaker by virtue of having nine wins on the year to Hamilton’s eight.

Should neither driver finish in Abu Dhabi, an outcome that has gained a lot of momentum on social media, Verstappen would take the title

If the speed difference, or lack thereof, between the two cars holds, the odds are good that they will share the front row–and race side by side into Yas Marina’s narrow first turn.

You can use your imagination from there.

These races are horribly officiated. Hamilton deserves a huge penalty for everything he has done this year. Bottas wrecks Max, Hamilton cries about everything while using F1 to further his own agenda. Hamilton is a great driver but his rantings should not be allowed to ruin F1 for people who love racing. Mercedes will cheat and continue to cheat as long as they can get away with it. I miss the old days where drivers just drove and the best man won. No politics, no DRS or floppy wings. Just race and may the best man win. Hamilton was playing games all race. Taking his time to the grid, holding back on taking the lead when Max was handing it to him and his constant mouth. I hope he retires and goes and does what he wants. And is gone forever from the circuit.

Officials are too involved in F1 action and results. All the lamenting, whining, crying, boo-hooing (enough redundancy yet?) and lobbying to the officials from both teams is akin to “flopping” in football (aka soccer). Too much nonsense drama – might as well change the name from F1 to Kardashians on wheels.

Seems like they’re paying too much attention to NA$CAR where money makes the decisions..