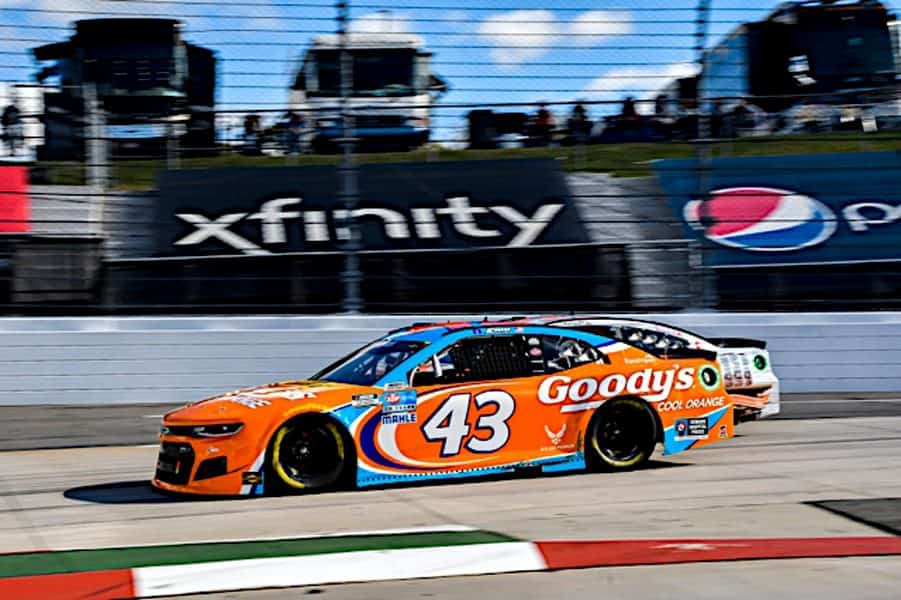 The merger between GMS Racing and Richard Petty Motorsports in the NASCAR Cup Series will be referred to as Petty GMS Motorsports, it announced Dec. 7.

Richard Petty will serve as chairman of the organization, while the two-car operation will be based out of GMS’ existing property in Statesville, N.C.

While Erik Jones‘ No. 43 remains intact for 2022, Ty Dillon‘s previously announced No. 94 for GMS will shift to the No. 42 under the new organization.

“I’m very excited about this opportunity to work with Richard, arguably the greatest driver in NASCAR history, and form Petty GMS Motorsports,” team owner Maury Gallagher said in a release. “Petty GMS will have a sole focus of winning. Both teams have a track record of winning and we have a strong desire to continue this legacy in a new chapter. Ty and Erik have proven themselves through the years and we are looking forward to the success they will have as teammates.”

“Maury and Mike (Beam, team president) have built a really solid organization at GMS,” Petty added. “They’ve won a lot of races and a couple of championships in the Truck Series, and I really look forward to doing the same in the Cup Series. Maury’s commitment to competing and winning is obvious in everything he does, that’s something we really needed. The opportunity to combine our two organizations on the Cup front makes a lot of sense for all of us for a number of reasons, one of which is the talent we have between the two organizations; this will make us a lot stronger together.”

You aren’t going to win anything with Dillon as one of your drivers. He’s way over his talent level here.

I give Ty credit for trying to be his own man and make his own path. It would be much easier to just ask Grandpa to give him a ride.

I think grandpa can’t give Ty a ride but he might be subsidizing the ride with Petty.

I’ve often wondered why he draws the line at giving Ty a ride. He has two cars and two grandsons. The math works out, so what is the reason? And I wonder how bitter Ty is about that even though he probably has never said anything. IMO, neither of the Dillon boys are that talented at the Cup level.

I’m not sure grandpa can get sponsors for Ty, that’s why he’s never been there already.

That’s why I wrote “can’t”” And Austin can use his two gift “wins”.

Wow, they sure are promoting the upcoming bubba tv special. I’m waiting for bubba shrimp .

I do not see this as a bad thing at all. Mike Beam knows what he’s doing, having worked in the past with Junior Johnson. I realize that is ancient history as the sport evolves. The new vehicle is an unknown, but this should be good for the sport as a whole.

Oh how the mighty has fallen!

I thought Petty had already sold part of his team several years ago. Am I mistaken or did he buyout the other investors?

I’m thinking like you. Perhaps he’s just getting paid for his name. Maybe Richard is footing part of the bill.

Mack
Reply to  Bill B

Petty did sell part of his stake to an investment group (Andrew Murstein and Medallion Financial Corp.) a decade ago, however it appears they backed out and GMS purchased the majority stake. See the link attached. (Please delete if this is not allowed.)

Bill B
Reply to  Mack

Thank you Mack!!! The merger I was thinking about was the Gillette/Evernham one. I did not remember the Murstein/Medallion one. Not sure how all that worked out but if they were all still involved, Petty’s stake would be so diluted that it would almost be a joke.

Yep, I remember Kyle being upset. In hindsight, it was time for Kyle to call it a career anyway. You need a spreadsheet to keep up with how many times Petty’s team has been cannibalized.

I still wonder how PE would have turned out if Adam hadn’t been in that wreck… At the time, it seemed to me the organization was gearing up for a bright future with Adam as Kyle was nearing the end of his career. No doubt it impacted them deeply (understandably so).

I was there for that ARCA win. Kyle damn near put it in the fence twice. Way more car than anyone in the field.

Tom B
Reply to  TiminPayson

And wasn’t that car a Dodge brick shape body that Richard gave up on.