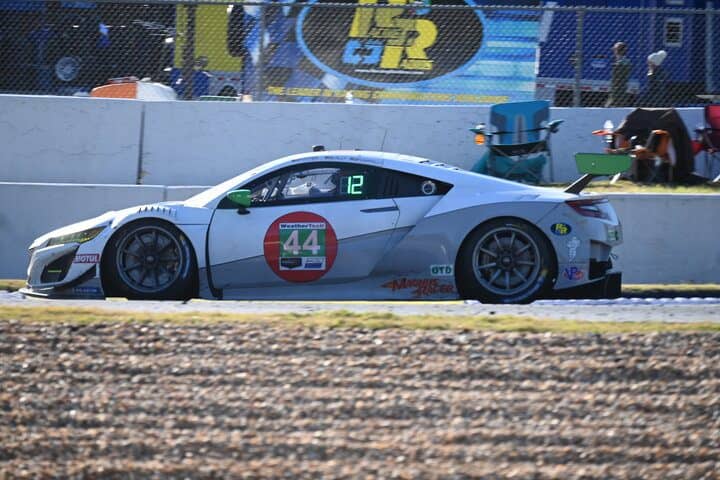 Magnus Racing announced Tuesday (Dec. 7) that they have severed their relationship with Archangel Motorsports, effective immediately.  The team will revert to being simply Magnus Racing for the 2022 IMSA WeatherTech SportsCar Championship season.

In addition, the team has switched chassis as well.  The team has acquired a new Aston Martin Vantage GT3 and will race it in the four Michelin Endurance Cup events only next season in the GTD class.  The driver lineup will see minimal change.  Team owner John Potter will be joined by longtime teammate Andy Lally and 2021 endurance co-driver Spencer Pumpelly.  A fourth driver for Daytona only will be named later.

On Instagram, Lally posted about how happy he is to continue with Magnus Racing as they switch to Aston Martin.

Lally has raced for Magnus Racing for nine of the last 10 years in the Grand-Am Rolex Sports Car Series and IMSA WeatherTech SportsCar Championship.  The only exception was 2017, when Lally drove for Michael Shank Racing with Curb-Agajanian as part of an Acura factory effort for the first year of racing for the Acura NSX GT3.  In that time, Lally has made 100 starts for the team.  He has six victories, two of which being class victories in the Rolex 24 at Daytona.  He also has 26 podium finishes.

2021 was a struggle for Magnus Racing, running under the title of Magnus with Archangel.  The team had little luck in the sprint races, finishing no better than ninth at Laguna Seca and Mid-Ohio.  There were DNFs at VIR and Road America mixed in with tough runs.  The endurance events were better.  The team’s best finish of the year was fourth at Sebring in March.  Last month’s Motul Petit Le Mans saw the team come home in sixth.