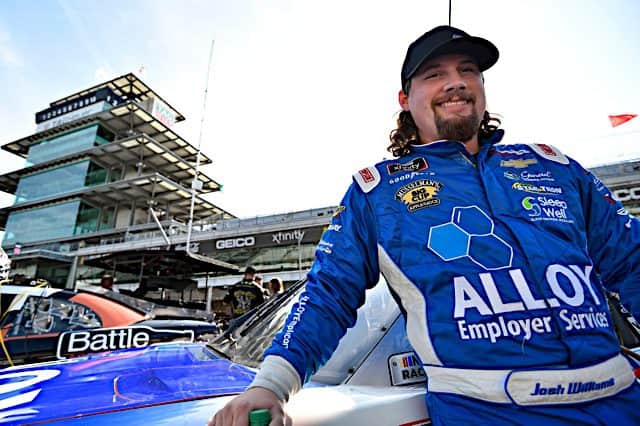 Williams will drive the No. 78 full time in what was announced as a multi-year deal, though the specific length was not specified.

“I am really looking forward to driving for BJ (MeLeod, owner) in 2022,” Williams said in a team release. “He is a racer just like me and that makes this a dangerous combination. Seeing what BJ and Jessica (McLeod, owner) have built over the years is a huge accomplishment. From watching BJ race super late models when I was 8 years old to driving for him in NASCAR is a cool story that a lot of people don’t know. Just two guys from Florida making a name at the highest level of motorsports.”

The No. 78 was mostly driven by Jesse Little in 2021, though by season’s end a rotating cast was in the seat.

“Josh brings so much knowledge with him into any program,” BJ McLeod said. “The fact he is more than just a racer and can contribute great feedback and help our programs. Collectively, we can take the next step upward from a competition standpoint. Having Josh’s veteran leadership in the shop will step up the whole program, and Jessica and I are glad he has chosen here to call home for the next chapter.”